Welcome to the summer of comebacks 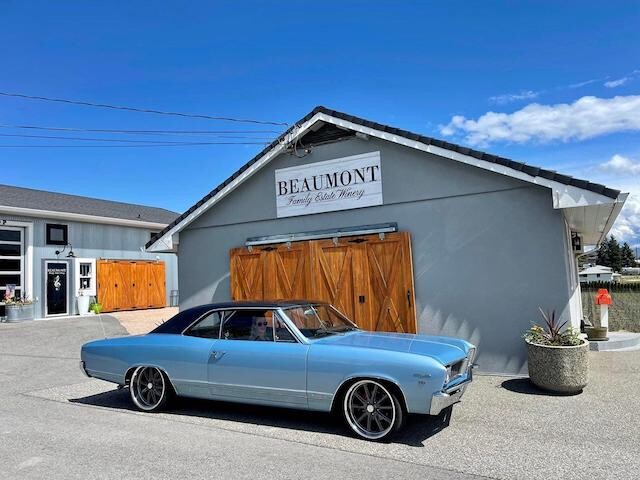 If you’re fan of Elvis Presley, you’ll know that the title of the 2022 Penticton Elvis Festival – the Comeback Festival – is a nod to Presley’s famous 1968 Comeback Special.

The parks around the southern end of Okanagan Lake will be full of classic cars, classic performers, tribute artists (not impersonators, but artists who sing live) and any day now, the “Elvi”will start roaming the streets of the Peach City. I can’t wait for all of it‚ or as the kids say, I am here for it.

What does that have to do with the plethora of local libations available in the Okanagan? It gives me an excuse to suggest drinks that pair with this nostalgic vibe that is about to descend upon the valley. As a sidenote, obviously don’t drink a drive but do raise a glass of one of these when you see the King appear, or – if we’re lucky, fellow Elvis fans – a 1973 Stutz Blackhawk III is spotted meandering through the valley.

In West Kelowna, Beaumont Estate Winery is named for the 1967 Beaumont, made by General Motors and a sought-after “muscle” car. Pick up a bottle of winery’s skin contact Pinot Gris, aptly named Smoke and Mirrors. If it’s there, look for the baby blue ride. If not sold out, grab a Looking for Treble t-shirt too.

Nostalgia Wines in Oliver recently held a classic car show, the Show Shine ‘n’ Wine, and obviously most of their wines are perfect for this comeback summer. The small-lot Nostalgia series has some fine bottles, but head to the pin-up series for Chantilly Lace sparkling wine, a bottle of Boogie Woogie White or Pink Cadillac rosé.

In the Shuswap, Baccata Ridge has blueberry wine. Clearly made for sipping while listening to the rockabilly classic Blue Suede Shoes. Or wearing a pair. Or both.

Given its statement that its wines are “made by scoundrels, sipped by royalty,” and on Sundays there is live music and prohibition era-inspired cocktails are on the menu, a visit to Crown & Thieves ticks a number of boxes. How about a glass of the Broken Hearts Pinot Noir?

Elvis had some unique favourite foods. The Elvis Sandwich is peanut butter, banana and bacon on white bread. Some say it also had grape jelly.

There are a number of Elvis-inspired peanut butter and banana cocktails on the Internet, several have Scotch and/or peanut butter whisky as an ingredient. Feel free to experiment.

But after I’ve checked out the classic rides and listened to some tribute artists, I’m going make myself a Sidecar cocktail, hit the patio, and listen to the song Spinout on repeat.