Evolution of the taproom 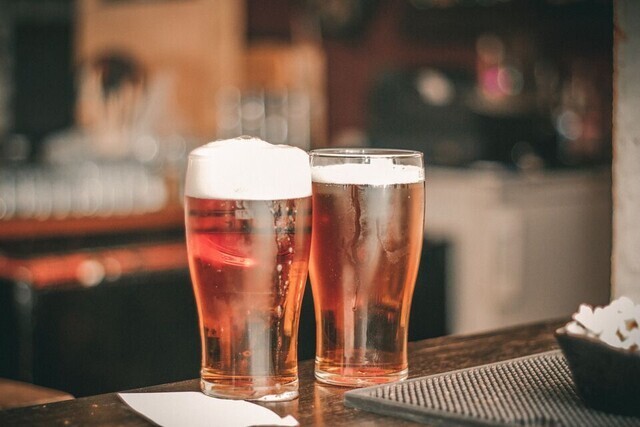 Oktoberfest, in one form or another, is coming soon to a pub or brewery near you.

October is B.C. Craft Beer Month and we’re in the middle of the third annual Penticton Beer Week.

On top of all that, the venerable news program 60 Minutes recently did a story about pubs in England, including discussion with owners and patrons alike on how the local pub is a fixture in the community, a gathering place and a welcoming space that may have been handed down through generations of family members to manage.

Admittedly, I am not much of a beer drinker but speaking with a few brewery owners recently about craft beer culture in the South Okanagan, I had a minor epiphany as to why, and gave some serious thought to this bubbly industry.

My first taste of beer was from a can of something mass produced, stolen from the downstairs fridge and shared with a couple of girlfriends in a field behind our junior high. Aah, youth. I recall the taste was bitter, harsh, and unpleasant. But my teenaged tastebuds were years away from any level of sophistication.

In various travels I’ve been educated about beer. If I had to choose a brew off of a pub list, I’d likely go for something from Belgium, France or the Netherlands on the imported side of the menu, or a local brew that embraces something from the Okanagan terroir—stone fruit, perhaps? Berries?

Beer purists might not want to sit and have a pint with me but I would welcome a discussion about what makes B.C. craft beer so outstanding that culinary travellers are finding their way here to explore what’s being brewed.

And a large part of that is the evolution of the taproom itself.

Now friendly for most or all ages – depending on the establishment – the “pub” is no longer just a spot to hit up after work.

Sure, it’s still a place to meet friends and catch up, but many are morphing into rooms where your kids can play boardgames, your family can order unique pizzas, or the newly remote worker can plant themselves for a couple of hours of productivity outside of the home office. There are blind tasting challenges, food pairing events, business meetups, art shows, musicians and, of course, flights of beer.

The occasional visiting food truck may also be standing by.

Owners behind the bar will gladly chat about their experimental brews or ask you to share a story about yourself.

My beer story begins at that junior high. Time to go out for a locally brewed pint and tell it.