Many areas vote for change 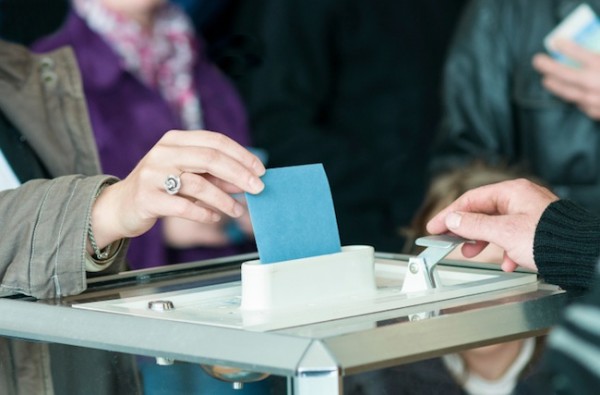 As Vancouver's mayor won a decisive victory in this weekend's municipal election, a number of communities across the province ousted their current mayors, particularly on Vancouver Island, where several high-profile incumbents went down in defeat.

In Victoria, two-term Mayor Dean Fortin was defeated by Lisa Helps by a slim margin of just 89 votes.

Helps marked her election win at her campaign headquarters in Victoria by declaring a "new era" for the province's capital city.

Fortin, who was elected mayor in 2008, thanked his supporters in a message posted to Facebook.

"It was a true privilege to have been mayor and advance important issues like housing and the environment and our local economy," he wrote.

"The commitment to community is core to who I am, and I am looking forward to whatever the next chapter looks like for me."

In nearby Saanich, longtime Mayor Frank Leonard, who was first elected in 1996, was defeated by Richard Atwell. Leonard received 47 per cent of the vote, compared with 51 per cent for Atwell.

"I see the sun rising over Saanich this morning, and life goes on," he wrote."Thanks for all your comments. I'm very grateful for every day I was mayor."

In Nanaimo, Bill MacKay won the mayor's race with 30 per cent of the vote in a crowded race of 10 candidates. The city's current mayor, John Ruttan, who was first elected in 2008, placed fourth with 15 per cent.

In Port Hardy, the city's previous mayor, Bev Parnham, died earlier this year. She will be replaced by Hank Bood.

Several Interior communities will be getting new mayors, including Kelowna, where Mayor Walter Gray did not seek re-election.

Gray will be replaced by Colin Basran, a realtor and former TV news reporter, who won with 57 per cent of the vote.

"I envision the next mantra (for the city) to be 'open to opportunity,' because opportunity not only means economic opportunity, but it also means social opportunities," said Basran. "We need to be a well-balanced community."

Mayors in Penticton and Vernon did not seek additional terms. Andrew Jakubeit won in Penticton, while Akbal Mund will be mayor in Vernon.

Mund, a former owner of several Wendy's fast-food restaurants and former chair of the 2012 B.C. Winter Games, acknowledged the learning curve that awaits him.

"There's a few other politicians who I'll be picking their brains," he said. "It's not an easy job, I understand that, but I think I'm up to the task."

Kamloops Mayor Peter Milobar was re-elected with 78 per cent of the vote.

Incumbents in the region who were defeated include mayors in Enderby, Nelson, Cranbrook, Merritt, Kaslo and Peachland.

In the Vancouver-area, a closely watched race in Surrey, where three candidates were believed to be within reach of replacing outgoing mayor Dianne Watts, ended with Linda Hepner far ahead of her competitors. Hepner ran as the candidate for Watts' former party, Surrey First.

Hepner's nearest competitor was Doug McCallum, himself a former mayor of Surrey.

Burnaby Mayor Derek Corrigan, who has been in office since 2002 and has been making headlines recently with his opposition to a Kinder Morgan pipeline expansion project, easily won re-election.

In the north and north-central regions of the province, Prince George Mayor Shari Green, who did not run for re-election, will be replaced by Lyn Hall.

Prince Rupert Mayor Jack Mussallem lost to Lee Brian by a margin of about 1,600 votes, while mayors in Williams Lake, Quesnel, Houston and Kitmat also lost their bids at re-election.