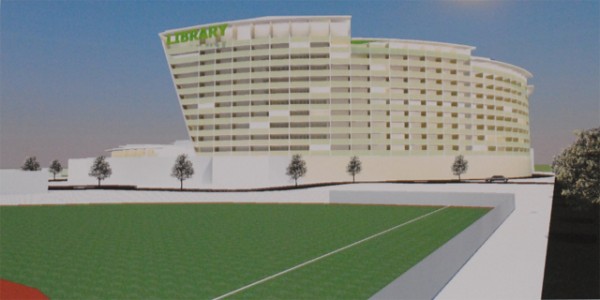 Photo: Contributed
Rendering of what a new RDCO building could look like

TaxpayersFirst believes a restructured and streamlined Regional District could save the taxpayers of Kelowna millions of dollars.

At a press conference Tuesday morning, party founder, Carol Gran, says a restructuring of the RDCO would bring about a savings of $5M.

"Those are areas the regional district has to maintain. But, we're going to downsize and we're going to cut out some of the duplication of services."

Councillor candidate, Dale Olsen, says streamlining the RDCO, taxpayers will be able to save 4.3 per cent on their taxes every year.

"For over six years this issue has been the elephant in the room but no one has had the courage to address the issue publicly or do anything substantial about it," TaxpayersFirst says.

It goes on to say support staff could be absorbed as services were shifted elsewhere while payments to directors, which amounts to nearly $500,000 could be cut in half by a reduction in meetings.

It also says TaxpayersFirst would do something with the wasted land around the two buildings on the KLO site.

"It is totally underutilized. The land on which the regional district sits...we're going to redevelop it and upzone it," says James.

What TaxpayersFirst calls a new RDCO Campus Village, would include affordable housing and parks.

"By redeveloping this site, we think we can add another $30M or $40M by selling the property here and building something for Kelowna."

TaxpayersFirst says by streamlining the Regional District and selling off some of the land around the current office site, it will move closer to its goal of being able to provide four years of zero tax increases without a cut in services.