Shepherd backs out of forums 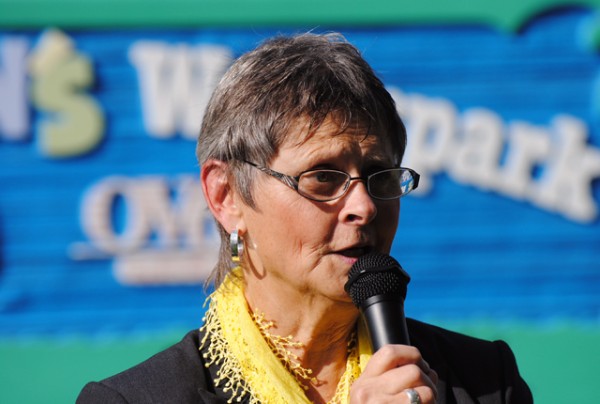 Photo: Wayne Moore - Castanet File Photo
Kelowna mayoralty candidate Sharon Shepherd says she will not participate in any more debates in which all eight candidates are not invited.

Kelowna mayoralty candidate, Sharon Shepherd, is taking a stand for what she calls the democratic process.

Shepherd, one of eight candidates vying for the mayor's chair, has announced she will not participate in any debates or forums in which all eight candidates are not given the opportunity to take part.

In a news release Friday afternoon, Shepherd says, when eight people qualify to vie for the mayor’s seat on Kelowna City Council, they each deserve a fair opportunity to speak.

For this reason, Shepherd says she is standing on principle and will not participate in any forum which does not provide equal opportunity for all to speak.

This after Shepherd was one of just five candidates to participate in a chamber sponsored debate earlier this week.

"I didn't really think clearly about that and I should have and I should not have participated when it was described how they were going to do that," says Shepherd.

The eight candidates were sent a questionaire with the five best being invited to take part.

"I participated and, I guess that's where it really got me because one of the candidates was there that didn't get selected because he apparently got his answers in late so he didn't get selected so he lost the opportunity to be part of that forum," says Shepherd.

"I advocate for inclusiveness so suddenly this just does not stand right with me."

This would appear to be a change in philosophy for Shepherd who did participate in at least one debate three years ago which included just her and challenger, Walter Gray while excluding the three other candidates.

Shepherd says in 2011 she didn't feel right about the two candidate debate sponsored by the Kelowna Daily Courier.

"I can tell you was set up with that and I was not told and when I found out I contacted them and said this is not right," says Shepherd.

"You can check with Jon Manchester and he said everything was organized so I reluctantly agreed and I was not comfortable because they didn't tell me at the beginning."

She says it's not that she doesn't want to participate or that she is afraid to debate the other front runner, Colin Basran one-on-one.

Shepherd has contacted the Urban Development Institute (UDI) and stated she will be pulling out of their scheduled mayoral debate next Thursday.

That debate was to have included on her and Basran.

UDI officials had just received the information and had not yet decided how to proceed except to say they planned to have the event go ahead.

Meantime, Basran says he plans to take advantage of any opportunity afford to him to speak before the electorate.

"I think certainly for fairness everybody should have a chance to have their voices heard, absolutely," says Basran.

"But, the more people I can get in front of that ask me to speak, I am absolutely going to take that opportunity."

Basran says he doesn't plan to skip the UDI debate because only two candidates were invited.

He refused to comment on whether Shepherd's decision had anything to do with an unwillingness to face him one-on-one.