Lack of competition in races 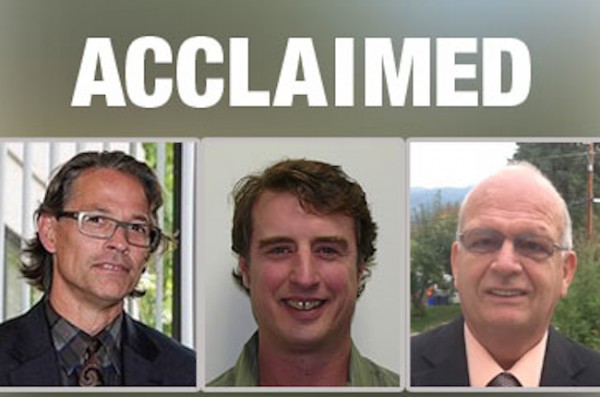 Most major cities throughout the Okanagan have a fairly strong showing of candidates and choices in the upcoming election, Vernon included, but when it comes to the rest of the North Okanagan choices are slim.

The same can be said for councillors in Lumby, who are all guaranteed a spot as only four faces are running for the four available spots.

In Coldstream council, only one extra person is making it a real election with seven individuals vying for the six council seats.

And, the same can be said for the majority of the regional district and school district positions that are also going unchallenged.

This leaves most North Okanagan residents facing four years of the same faces, the same government and the same ideas.

“It speaks to indifference, it speaks to a lack of interest in public affairs, it speaks to a sense of stagnation in political discourse,” explains Political Science Instructor at UBCO, Wolfgang Depner.

He says this is a sad time for municipal politics, and the lack of interest worries him.

“The lack of competition for some of these races is concerning,” says Depner. “Things get stagnant, things get overlooked, the focus narrows, people become complacent. This is not what we want, this is a generally troubling aspect.”

Depner says having the same people occupying the same positions over and over shows a sort of indifference and it looks like people don't care. They are content with their representatives, but being content isn't the same as showing support. 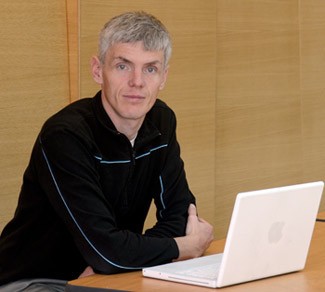 “This should not be read as an endorsement. Just because there is no people contesting these positions doesn’t mean there are no other opinions out there,” he says. “It is basically saying we don't care enough about these issues to get involved, and that is troubling.”

Now we have to ask why there is such a lack of interest in municipal politics. Is it the size of the community perhaps? Many of the communities lacking political challengers are our smaller Okanagan communities. Bigger communities like Vernon, Kelowna and Penticton have ample competitors.

Or is it the new increase from a three to four-year-term? A common point of concern heard among many of those incumbents and new candidates considering running this year.

Depner says both play a role, but for him the major hurdle for those interested is the reality that it is not an easy job.

“Politics can be unrewarding profession. It involves long hours, little pay and can involve a lot of grief,” says Depner. “The first question that always comes up in public governance is who is to blame.”

But, he says, the public should have interest and passion in municipal politics. The level of governance Depner believes you can make the greatest impact in.

He says if you want to make any sort of difference in federal politics, you basically have to be in the top job, which is just not the case in municipal politics, where one mayor and a handful of councillors make all decisions.

That disinterest in municipal politics is shown in the lack of contenders but can also been seen in the polls, where an average of only 20 to 30 per cent of eligible voters actually cast their vote.

“That is a different side of the same coin. You have an disinterested elite and you have a disinterested public. It is the same level of dysfunction,” notes Depner.

He offers two suggestions to work on voter apathy and increase interest in municipal politics.

His first suggestion is to bring the party system to the municipal level. Much like in the provincial election where candidates run under BC Liberal, BC NDP, BC Conservative etc., candidates would run under a party platform.

“Parties actually help present choices, parties give people a chance to compare different agendas and clearly distinguish between different individuals,” says Depner who uses the example of Kelowna where 31 people are running for council, with 31 different platforms.

“Think about the effort voters have to make under the current system. There is no way you have the time, as a voter, to investigate everyone of these 31 candidates,” explains Depner.

If, however, the 31 candidates were running under three or four different parties, the voter would be able to recognize the platforms they like and pick the candidates running under that party. Much like in the provincial and federal system where voter turn out is significantly higher, although still sitting at only 50 per cent.

His other suggestion involves using a ward system, like in Lake Country, where each councillor represents their area of the city.

For example in Kelowna, he says, a councillor would represent Downtown Kelowna, The Mission, Glenmore, Rutland, East Kelowna etc.

“If people knew that there were two or three candidates running for their specific part of the city, they would take a bigger interest. They want to find out 'Who is this person that wants to represent me?'.”

A logic he says is also used federally and provincially where MP's and MLA's are chosen to represent a geographical area.

He says, at the end of the day, people need to care, be informed and effect change.

“If people don't run for these offices and people don't vote for those that do run, then people can ultimately only blame themselves for not getting what they want out of their political system.”