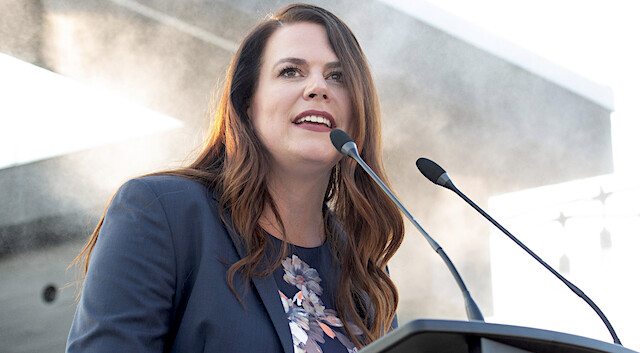 Who is responsible for the state of our healthcare system?

Where does the buck stop? Who has the power to change the trajectory of where our healthcare system is going?

Last week, we saw an example of what happens when a company isn’t succeeding. The public can feel when things aren’t working—whether it is the breaks in the supply chain, promises being broken, disruptions in services, or long waits.

But waiting for your meal at a restaurant is one thing, when it is your ferry, or your MRI, the stakes get higher and can even be life-threatening.

When your meal is late, your goods don’t arrive or when your consultant makes a mistake, there are consequences. We have legal recourse. We are protected as citizens. Our rights matter.

But what happens when it is the government that is supposed to provide the service? What happens when the ferry doesn’t leave, or doesn’t arrive, or worse, when the ER is too full, or shuts down, when a patient can’t find a doctor or continually waits for surgery? Who is responsible? And how is that responsibility carried out?

Last week we saw how some of that responsibility is carried out. The CEO of BC Ferries was fired. But was that the right decision? A new board chair and then the firing of the CEO.

I am not arguing BC Ferries hasn’t had problems but some of those problems were outside of the organization, in edicts brought in by the government. We don’t see the CEOs of airlines being fired, or at airports, despite the incredible chaos in our travel industry.

So we at BC Ferries?

There is a long history between this NDP government and BC Ferries. The treatment of BC Ferries, and the inordinate amount of control that was seized by the NDP the last time it was in power led to chaos and the “fast ferries” disaster.

The former BC Liberal government changed the amount of control government could exercise over BC Ferries, making it more autonomous. That has been systematically eroded over the last six years of NDP rule.

Without delving into the minutia of this erosion of autonomy, let’s assume it was the correct decision. Then what should government do about the imploding healthcare system?

In the private sector, incompetence and negligence is not tolerated. In business, the public hold boards and executives to account when services aren’t rendered appropriately.

The government is choosing chaos over the needs of patients, and choosing not to hold the executives, boards, and minister responsible.

Rather than deal with the issues within the system, this NDP government is doubling down on failed strategies, revelling in unscientific ideology, and refusing to deal with a system that is imploding.

Even in the face of patients dying on surgical waitlists, waiting for cancer treatment and care, and in emergency rooms, this government is bragging about how good things are.

This government has had six years in charge of the healthcare of British Columbians, and things have never been worse —failed policy resulting in deaths.

My question for your this week is simple:

Who should be held responsible for the current state of our healthcare system?

I love hearing from you.