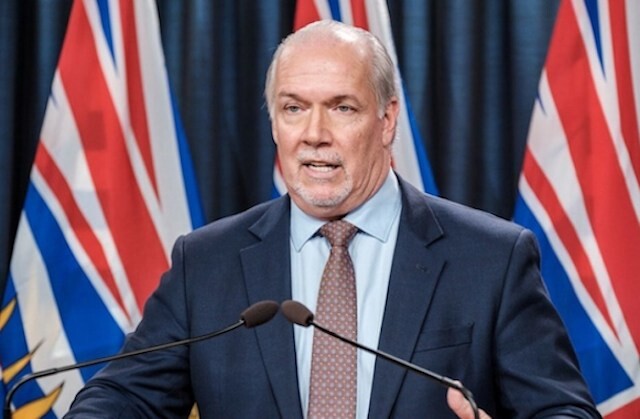 Photo: Contributed
British Columbia Premier John Horgan and the provincial government of B.C. have been selected as the 2021 recipients of the Code of Silence Award for Outstanding Achievement in Government Secrecy in the provincial category.

The Code of Silence award in the "Outstanding Achievement in Government Secrecy" category was awarded to the B.C. NDP government last year.

This award is given by the Canadian Association of Journalists to those who best exemplify dedication to deny transparency, openness and the public’s right to know.

This is not an award that any government should want to win.

But our current B.C. government has systematically made it more difficult for the public to have access to government documents.

These documents answer questions about how healthcare dollars are being spent, what the business case is for new infrastructure projects, or why certain decisions are made.

Furthermore, these documents are paid for by taxpayers.

So why did this B.C. NDP government win the award for being the most secretive in Canada?

This charge makes it very difficult for a member of the public, or even some journalists, to access the information they request.

The public has a right to know so much more than the government discloses or permits.

Having the opportunity to see documents and information allows for scrutiny and the accountability that is necessary in government.

It is how our provincial legislative system is set up to function.

Transparency is how governments build trust, and create understanding with the public.

It’s not good enough for a government to respond to the public’s questions with a parental, “because I said so.”

There are many examples of how this government is avoiding accountability and transparency. Take for example the George Massey tunnel project.

A fully approved and tendered bridge project that would have opened this month was turfed. The government went back to the drawing board and produced a different project – another tunnel.

This multi-billion dollar tunnel is no bigger than the one that exists, and won’t be able to accommodate future sky trains.

Why would we change from a 10-lane, multi-modal bridge to an eight-lane traffic tunnel?

When the business case was received from the government, most of the pages were redacted (blacked out), so that no one could make sense of the costs, the estimates, the environmental impact, or the overall rationale.

This leaves us with the question of whether this was done in the best interest of the residents of the province.

And we have no answers, because of the lack of transparency.

Last month, the Premier cancelled the ill-timed reconstruction of the B.C. Royal Museum.

Despite promising the business case, when it was received by the public, it only had a third of its pages
un-redacted and able to be seen.

These are but three examples of how this government is going out of its way to keep the public from being able to have access to documents that the public pays for.

This started the first year that the NDP was granted a majority government, but the slippery slope of secrecy has continued ever since.

My question to you this week is:

I love hearing from you.