There are better things to spend nearly $1 billion on 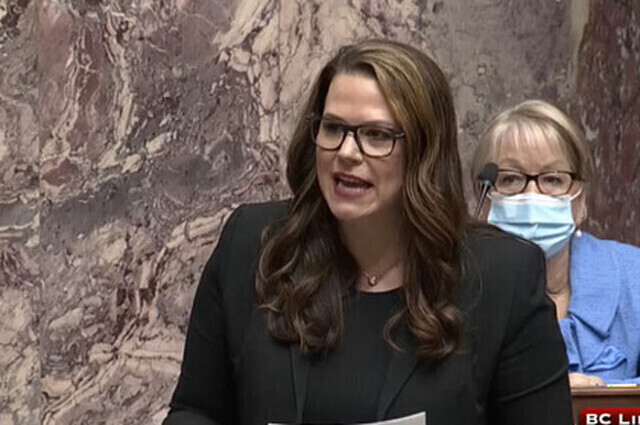 Lately, the Barenaked Ladies song, "If I Had a Million Dollars" has been running through my mind. It all started when the provincial government announced the demolition and rebuild of the Royal British Columbia Museum (in Victoria) will cost (nearly) $1 billion.

Is this what the residents of the Okanagan want nearly a billion dollars spent on?

I don’t think that I am alone in thinking what else (that money) could buy. In fact, a recent poll by Angus Reid said just under 80% of all British Columbians were opposed to (the museum rebuild project). So, the vast majority of British Columbians might be singing the song with me.

So, what would $1 billion build in our community?

I can think of a few things:

• New schools. Rutland Middle School and Glenmore Secondary came to mind. Just imagine what synergies there could be building the high school next to the brand-new Parkinson Recreation Center In fact, a $1 billion could build 35 new schools, all desperately needed in B.C.

• More family doctors. Revise their contracts to make family practice work and attract new grads. Our valley is desperate for more doctors to provide longitudinal care rather than just episodic. Our health depends on it.

• While we're at it, let’s build the last two operating rooms at KGH and staff them with nurses to get people healthy again. One billion dollars could build three new hospitals or at least fund 500 new (hospital) beds across BC.

• A bypass to the north (of Kelowna) to move traffic through the city faster with less emissions.

• A second crossing (of Okanagan Lake), or at least prepare for a multi-mode corridor for high-speed transit.

• More education spaces in UBC Okanaagan and Okanagan College for our kids to attend, like in nursing, physio, education, plumbing, HVAC, and carpentry.

• An incubator for industry and education. Let’s build into our economy for a resilient future to provide for health and education sustainably.

• More daycare spaces for kids that are accessible and affordable.

• The complex care facility Kelowna has been asking for to offer hope and dignity for our mentally ill, and true recovery rather than just punting the problem between our emergency rooms, our police force and our streets.

Don’t get me wrong, I love museums and, as the Royal British Columbia Museum is the flagship museum of our province, it has always had the daunting task of protecting and presenting our province’s shared history, especially the history of B.C.’s Indigenous peoples.

Shocking revelations that have come to light over the past few years have shown a need for a fundamental change in how we share our history and narrative. But why is this going to cost nearly $1 billion to accomplish—and take until 2030? An entire generation of schoolchildren will not get to experience the museum.

In fact, a report from 2018 indicated the museum needed renovation not replacement, costing—in today’s dollars—only 10% of what the replacement cost will be. And it would not require any closure.

We might not be able to buy everyone a house with a billion dollars but we most certainly can make them more affordable.

What do you want the government to spend a billion dollars on?