The man who sat with Joey Verma and awaited Brittney Irving’s arrival and later helped dislodge his truck from the snow on McCulloch Road on April 6, 2010 took the stand on Thursday for cross examination by defence counsel Alexander Watt. 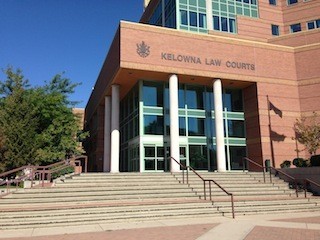 At some point he noticed another vehicle in the driveway, and a female he recognized as Brittney Irving helped Verma unload a box and several garbage bags into his garage.

The pair then left in separate vehicles, with Irving leaving first, and Verma a short time later in a borrowed truck.

Labonte said this wasn’t the first time Verma had stored things at his house, and while Labonte did not look into he bags, be believed the contents to be marijuana based on the smell.

Shortly after 3 p.m., he received a text from Verma, which stated he was stuck in the snow and needed Labonte to come pull him out.

Verma advised him to call Mike Roberts, who brought over Verma’s vehicle.

Labonte told his wife where he was going, and then went to help his cousin. He remembers it being relatively easy to dislodge the truck, but says the two did not talk about the incident, including how the vehicle got stuck or why he was out in the woods.

During subsequent interviews with police, Labonte told these facts to officers and even led police out to the site where Verma’s truck had become stuck, agreeing with officers that they may find something in the area if they look around.

While admitting in court that he lied to police and failed to provide information during his first statement on April 21, 2010, he began filling in the blanks during his second statement the following day.

He initially told police that Verma showed up that day in his own vehicle, which Labonte says was a lie.

He also told officers that he had no contact with Verma for the rest of the day after he left and that he had never met Irving, and did not recognize a photo of her shown to him by police.

He also failed to mention the stuck truck or that Verma was sending and receiving text messages that day and was awaiting a phone call.

During Labonte’s second statement to police, he did admit that Verma showed up in someone else’s vehicle and then later became stuck in the snow.

Verma is charged with first-degree murder in the death of Irving. 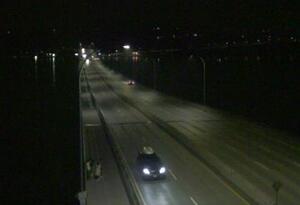