Rick Dennis, 26, and Daniel Orge, 27, have been remanded into custody. The third suspect, Ryan Tanner, 25, was released on $5000 Bail. All three are scheduled to appear in court again in April.

The victim, a man from Ontario, remains in ICU, but has been showing some signs of improvement.

Update: 3:30 p.m.: Rick Dennis, 26, and Daniel Orge, 27, have been charged with Aggravated Assault and remain in custody. All three suspects are scheduled to appear in Court on Tuesday.

Update 11:45 a.m. - A third man has now been arrested in relation to this incident. The 25-year-old Kelowna man also faces charges of Aggravated Assault.

A 34-year-old Ontario man remains in Kelowna General Hospital in stable but critical condition after what police say appears to be an unprovoked but savage beating. 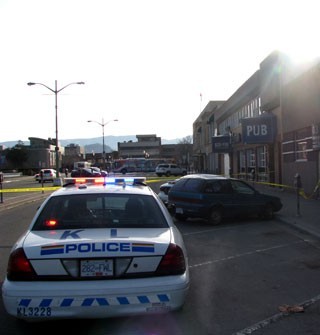 The incident occurred about 2 a.m. in front of O'Flannigan's Pub.

Cst. Kris Clark says the victim had been drinking at an establishment on Lawrence prior to the attack.

He says the man has been in Kelowna for a couple of months going to school to become a commercial diver.

Clark says video surveillance of the incident obtained by police show the attack appeared to be unprovoked.

"There does appear to be some type of altercation, whether that altercation was involving the victim or not is still to be determined," says Clark.

"On the surveillance you see the victim is knocked down and the beating ensues. It's a very brief attack but it was very violent and it's very tragic."

An RCMP cruiser which happened to be patrolling the area, came upon the beating.

The victim appeared to be unconscious. The suspects fled the scene.

Two men, a 26-year-old from Vernon with a prior criminal history and a 27-year-old West Kelowna man remain in custody.

They face charges of Aggravated Assault. Additional charges of Failing to Comply with Probation are being recommended against the Vernon man.

Clark says police are still looking for one and possibly two other individuals in relation to the attack.

The victim's mother is en-route to Kelowna from her home in Ottawa. 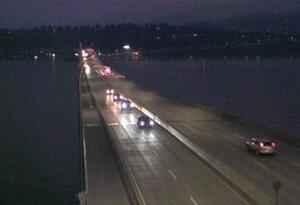