'Big Brother' in this case is a camera and software system tied to the Residential Curbside Cart System.

Kelowna Council will be asked Monday to pony up approximately $1.50 to $1.70 per household per year for on-board computers, software, data collection and data hosting services not included in the initial phase of the project.

With the addition of the new data recording software, each cart would be scanned as it is tipped, providing information such as: 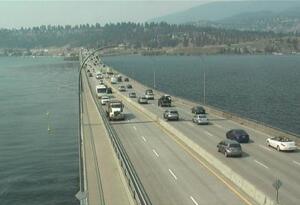