Constable Steve Holmes says the man, known for some time as a local drug dealer, was arrested early Thursday morning at the Cranbrook residence he was visiting.

Holmes says Cranbrook Mounties found him huddled under a sheet just after 2:30 a.m., an AK-47 automatic weapon at his side.

John Garry Shank, 31, was taken into custody without incident. A second man was also arrested for obstructing a peace officer.

Police say Shank, who has a lengthy criminal record, will be turned over to Parole authorities, and probably returned to prison. Crown Counsel will be reviewing charges that police have recommended against the second male, whose name cannot be revealed until charges are actually laid. 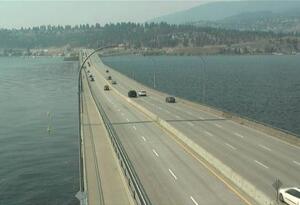