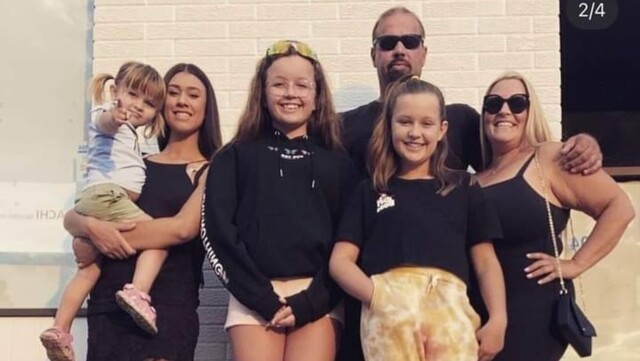 A Peachland family is left reeling after the sudden passing of Jim Collins, a loving husband and father to four girls.

Collins says she was waiting for the ambulance for what felt like forever.

"I think it took them just over 30 minutes, and then they worked on him for 45 minutes. They did the defibrillator and all the injections and medications, and there was nothing."

Collins says she was never told why the ambulance was delayed.

"I live in Peachland, and the Peachland Fire Department even got there after the ambulance," she added.

Collins says autopsy results are expected to be complete sometime on Monday.

A GoFundMe campaign has been created to help the family with funeral and living expenses.

"Jim was the sole provider for his family, their whole world and the best dad anyone could ever ask for. He was generous with his time and energy, always willing to help a friend in need," Craig Collins shared online.

"He was loved and adored by many. He was a super dad to four beautiful daughters and the most loving husband to his wife. He was the hardest worker and took pride in his work ethic. You knew you could count on him with just a handshake," a friend wrote.