Agencies that operate "temporary" winter homeless shelters in Kelowna are renewing a call for a permanent, purpose-built facility.

It was one of the key points in a call for action open letter issued on Nov. 4.

“Five years ago we opened. At the time it was a temporary shelter. Five years later we’re still here,” said Patricia Bacon, executive director of the John Howard Society of Okanagan & Kootenay.

“Which is why we feel it is time for a purpose-built, permanent shelter that is desperately needed in Kelowna.”

The open letter points out that agencies have been asked if they can step up again this year to run temporary winter shelter programs, but many have had enough.

“As long as we keep putting together, haphazardly, winter shelter, mat program or these temporary shelters that are in old buildings that are no longer fit for something else, and oh, we’ll put people there. I think as long as we keep taking that approach, this sort of band-aid approach, we’re not going to get the kind of traction that we need to make a real difference,” said Bacon.

She adds that there are plenty of examples of permanent shelters to look at for ideas. One of them is the Calgary Drop-In Centre, which opened in September 2001, in a six-story building that is now a landmark in downtown Calgary.

So how did it come about?

“It was really a combination of everything. There was a large number of private donors that supported the build, as well as some provincial dollars that came through to help with the whole new building,” explains Kevin Webb, the director of emergency shelter & housing at the Calgary Drop-In Centre.

“So, when people do come to the DI, they know walking in the door that the supports are there and that they’re going to be there a year from now, two years from now. That they have that one building they know they can come back to,” adds Webb.

The DI offers three meals a day, laundry and showers, medical services, and a housing department. This year it’s on track to help more than 400 people move into homes of their own.

Bacon believes something similar is possible in Kelowna.

“We need the community, citizens of Kelowna, to buy in and accept that this is the right thing to do.

“We need the political will at the municipal level to make it happen as well. We’ve got to loosen up all that bureaucratic red tape and development permits that get in the way. We need some land. That’s where the municipality comes in.”

Bacon says BC Housing needs to play a key role in building the facility, and there needs to be mental health supports and other healthcare services on-site.

She says there has to be political will to make it happen.

Until Kelowna has a permanent shelter, people living with homelessness are stuck scrambling to find a warm place to lay their heads every winter instead of somewhere to call home. 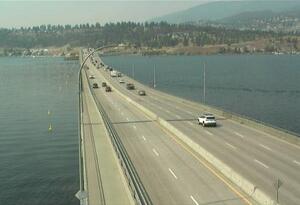