After ending a nearly 70-year drought in 2021, The Kelowna Secondary senior boys volleyball team is looking to repeat as provincial champions, and do it at home.

The Owls host the BCSS 2022 Volleyball Provincials - presented by The Payton and Dillon Budd Memorial Fund - from Nov. 30-Dec. 3.

Last year, KSS battled through adversity to capture their first BC School Sports AAA boys title in 68-years. They were supposed to host but because of COVID-19 and the highway closures due to last fall’s atmospheric river, they ended up having to fly to the Lower Mainland for the tournament.

Then, their starting power hitter, Sebastien Manuel, suffered a broken and dislocated pinky finger in the second game. Still, they managed to pull off a victory over Elgin Park Secondary School from Surrey in the final.

The boys are on a high heading into this year’s provincials. They have won every tournament they’ve entered this season.

The Spike Competition goes Friday, Dec. 2 at 5:30 p.m. It’s sponsored by Kelowna Restoration by Trades, which has put up $500 in prize money.

The gold medal game will be Saturday, Dec. 3 at 3:30 p.m. and KSS hopes to get the chance to win a second championship in a row. 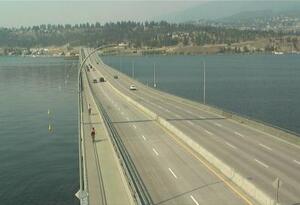