The latest attempt to reverse a decision to close the BC Tree Fruits packinghouse in Lake Country has failed.

“When it comes to the vote to remove all of the board of directors all at once, we weren’t successful. It was high. It was 59 per cent,” said Parm Saini, who has been leading the opposition to the plant closure.

However, because it was a special general meeting, they needed a two-thirds majority to vote in favour of ousting the board.

About 200 co-op members gathered at the Peachland Community Centre Monday for the meeting that dragged on for several hours.

Saini claims the board managed to sway some growers to their side by making late night phone calls claiming the cooperative would go into receivership if the entire board is removed.

“These were all calls that were made last night (Monday) to us, telling us that they’re changing their votes because they were scared that someone had told them that they were… they were misled to believe that by voting yes to get rid of the board, it would put the cooperative at risk plus also them at risk for their future,” said Saini.

BC Tree Fruits CEO Warren Sarafinchan doesn’t apologize for contacting growers ahead of the meeting.

“We’re constantly talking to our members about the various issues in the cooperative and we don’t plan to change that. We plan on continuing to talk to our members.

“This was a difficult decision but one that we do believe that is in the best interest of all of our members,” Sarafinchan adds.

However, communication and transparency still appear to be a concern for some growers.

“I think everybody would like to see transparency and accuracy and clarity in how they came about these decisions,” said orchard owner Surinder Gosal, from East Kelowna. “The reality is I don’t think we need a new facility. I think we need new equipment.”

Saini says he was not allowed to speak at the Peachland meeting. He points out that English is the second language of many of the growers and while there was an interpreter on hand, some of those who spoke weren’t allowed to have their questions translated.

In August, BC Tree Fruits scrapped plans for a new facility near Kelowna International Airport and announced it would be shifting operations from the aging Kelowna/Lake Country facility to Oliver. The Oliver plant would be modernized and expanded.

About 85 people lost their jobs at the Lake Country plant.

“We are committed to the Oliver facility. Our business is not at the point where we can continue to operate two packinghouses,” noted Sarafinchan.

The fight might not be over yet. Growers who want to keep the Lake Country plant open plan to be at the cooperative’s annual general meeting on December 12 in West Kelowna. 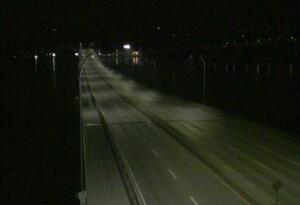