David Revell, 44, and Richard Rempel, 25, were convicted of possession and trafficking in cocaine. Revell got five years in prison while Rempel has been sentenced to four years behind bars.

Rempel will actually only spend nine more months in jail because he's already served 19 months in pre-trial which counts as double time.

The Crown alleged that Giles, Rempel and Revell were trying to secure the illegal drug trade in the Okanagan. 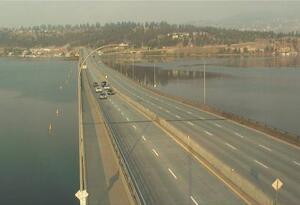