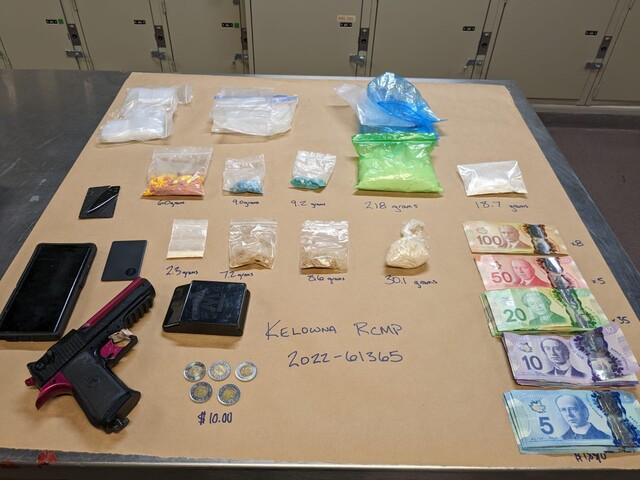 Police in Kelowna are announcing a drug bust in the city’s north end.

RCMP say officers on patrol on Tuesday at about 9:30 p.m. observed a vehicle parked near the designated homeless encampment on the Rail Trail, near Weddell Place.

The vehicle pulled in front of a police vehicle and officers ran its plates, finding the vehicle was unregistered and the owner had an invalid driver's license.

Mounties pulled the vehicle over at Gordon Drive and Cawston Avenue and informed the driver the vehicle was being impounded.

“As the tow truck arrived on scene, the driver exited his vehicle and started to gather his belongings when officers located what appeared to be a small amount of drugs on the driver seat and on the driver floor mat,” an RCMP news release says.

The driver was arrested for possession of a controlled substance and the the officer searched his bag, finding several bags of illicit drugs, large amounts of cash, baggies, and an airsoft pistol.

The driver is now facing additional charges of possession for the purpose of trafficking.

“The RCMP are committed to disrupting the illicit drug trade in Kelowna. The seizure resulted in hundreds of doses of harmful drugs taken out of the hands of those who are responsible for trafficking these substances in our community,” said Const. Mike Della-Paolera of the Kelowna RCMP. 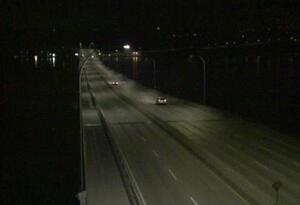