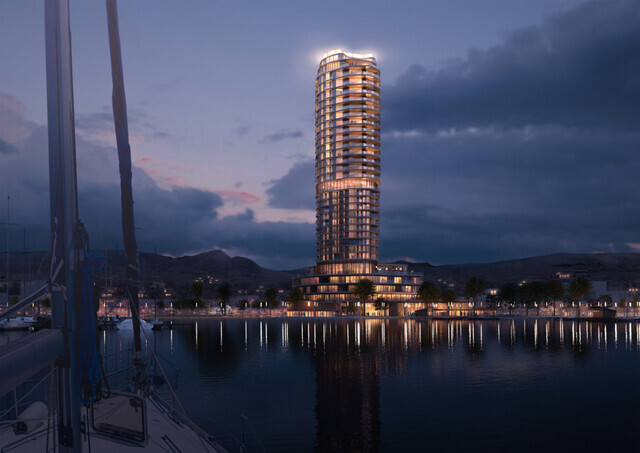 Floods, the speculation tax and a worldwide pandemic have all conspired, at one time or another, to derail construction of a new waterfront hotel in downtown Kelowna.

Despite all the setbacks, the 33-storey hotel first envisioned by Edmonton-based Westcorp is soldiering on.

The company was back before council Tuesday night to seek a fourth development permit to allow the project to move forward.

"Despite the challenges of this (latest) two year interruption, we remain committed to bringing this project to Kelowna's downtown core," Gail Temple, Westcorp vice-president of operations, told council.

"It was, and is, the right project for that location. We fundamentally believe a hotel is the right thing to do here, and we respectfully ask council to approve this application and allow us to continue onward to see this project through."

Westcorp was forced to return to council because development permits only have a shelf life of two years. The previous DP expired in February.

The scope of the project is virtually unchanged from the one council approved two years ago.

It will include 17 storeys of hotel space and an 18th floor restaurant with residential units above.

What has changed, says Temple, is the landscape, including higher construction costs and interest rates, plus a shrinking labour force and supply chain issues.

She says the 2020 plans included a public realm and interface with Kerry Park as well as a plaza on Queensway Avenue described as "an elegant entrance way to the waterfront."

"We propose no change to that, and will work with city staff to ensure the interface works well with the evolving plans for Kerry Park. Our commitment in 2020 was to construct and maintain the Queensway Plaza as well as a significant portion of the Kerry Park interface.

"Our commitment was to the work which, back in 2020 was I think $589,000. We'd be dreaming if we thought we could do that for $589,000 today. Not even close. I would suggest our commitment is the same because we are committed to the work, the cost of that commitment has changed significantly."

While he says he respects the job Westcorp has done and admires the look of the building, Hodge, as he has since day one, said no.

"It's the wrong location, it's the wrong spot. That is a park that has always been an icon for the people, and it should remain that way," said Hodge.

"I don't believe we should ever have high rises along the waterfront, along Abbott Street, never have and as long as I'm standing, I never will."

But, he said if there has to be a high rise along the waterfront, this design is how it should look.

The rest of council also praised the look of the building, with Coun. Mohini Singh saying it will add "the wow factor to downtown."

The ball is now back in Westcorp's court to complete the design, receive a building permit, and begin construction.

And they have just a year to do it. With adoption of a new zoning bylaw expected to be approved next week, planner Terry Barton says this DP will be grandfathered in for just one year.

Temple expects they will need six months to complete design.

As for the name and brand partner associated with the hotel, Temple says you'll have to wait a while longer. 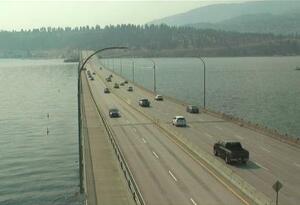