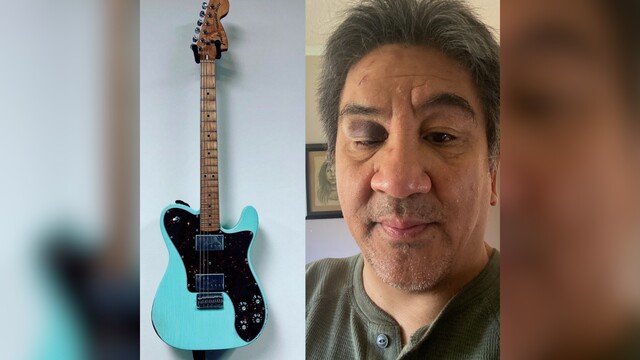 A local musician had a good ending to an otherwise rough weekend.

Tim Reardon has been playing clubs and bars across the Okanagan for years without incident.

That all changed Saturday night after a gig at O'Flannigan's Pub in downtown Kelowna.

"At the end of the night, I got out of the bar and caught a homeless guy red-handed going through my car."

Reardon immediately asked the man to stop and saw several other people standing close by who he assumed were part of the theft in progress.

"I saw a bike and assumed it was his and I threw it out of the way," Reardon says.

Turns out, the bicycle had nothing to do with the suspect and Reardon was badly beaten by two men who jumped in, "they beat me bad, I was in rough shape."

After filing a police report Reardon, ended up in hospital at KGH, "because it was a misunderstanding there were no charges and I made arrangements for my gear to be taken to the Blue Gator because we were playing a gig there the following weekend."

Blue Gator was also broken into on Sunday night and his prize guitar was stolen alongside its case which also contained an iPad and other personal items.

"I didn't even know it was stolen. I found out Sunday when a picture was posted on social media of my guitar."

Unbeknownst to Reardon, the guitar case wound up in the alley behind AesthetiKs LAB, an art and music creative centre, on Leon Ave.

AesthetiKs CEO Erikka Moojelsky tells Castanet she found the guitar in its case in the back alley Monday afternoon but didn't think anything of it at the time.

Moojelsky says AesthetiKs is a non-profit, all ages, affordable, fashion, art and music creative clubhouse and they were having an open mic event on Monday night. "I just thought it was a member who went out for a smoke or something and just left their guitar, so I brought it in for safekeeping."

Reardon says the Find My iPhone app was working on his iPad so he knew it was in the area, but despite having one of his friends looking high and low on Leon Ave. Monday afternoon, they couldn't find his gear.

After asking around, Moojelsky says she posted the guitar on social media and it wasn't long before she was contacted by Reardon.

"My sister-in-law saw the ad, and there you go."

Despite the rough weekend Reardon says he has no ill will towards the men who beat him and he's looking forward to playing the Blue Gator this weekend and will continue to frequent downtown. 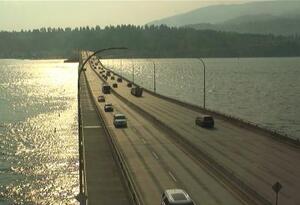