Kelowna RCMP officer testifies in his own defence at assault trial

A Kelowna RCMP officer has taken the witness stand at his assault trial.

Pietrzak is charged with one count of assault for his part in the May 30, 2020 arrest of 30-year-old Tyler Russell in the parking lot behind the downtown Kelowna BMO Bank of Montreal off Water Street.

The arrest was captured on video, which shows two officers, Const. David Carter and Const. Regan Donahue, struggling to arrest Russell, before Const. Pietrzak runs up to the three men and begins repeatedly punching Russell in the face. The other two officers are holding Russell's arms while Pietrzak delivers the blows.

The altercation with Russell took place not long after the murder of black man George Floyd by a white police officer in Minneapolis, Minnesota.

Pietrzak told the court about an incident that happened the night before Russell's arrest.

He testified that he had responded as backup on May 29, 2022, to a downtown RCMP unit that was dealing with an agitated person. As he was leaving the scene to return to his police car, Pietrzak said he was surrounded by a group of six to eight men in their 20s.

“They started yelling at me, calling me a F-ing racist, F-ing pig and F-ing piece of shit,” said Pietrzak.

He said the men had their phones out and followed him, obstructing his route to his car. When he made it to the car, they stood in front of it, until he chirped his sirens and they moved out of the way.

Pietrzak testified that he mentioned what happened the next day at the watch meeting before his shift.

He was also asked about the training related to soft or hard physical control tactics. Pietrzak demonstrated to the judge the different types of hand strikes cadets were taught.

He was asked about previous testimony from a Crown expert witness, Staff Sgt. Leonard McCoshen. McCoshen said the multiple punches Pietrzak threw at Russell were inconsistent with RCMP training, suggesting they were punitive strikes instead of distractionary strikes.

“I’ve never heard of punitive strikes in my career until I was sitting in this courtroom,” said the accused on Tuesday.

He said cadets were taught at the depot to use punches as a method of refocusing or unbalancing an individual to get them into custody.

Const. Pietrzak, was a late recruit to the RCMP, beginning his training at the age of 40 and starting his career with the Kelowna RCMP in 2017. Previously he had worked as a registered practical nurse and in medical sales.

He told the court that he took online recertification training for the RCMP Incident Management Intervention Model twice after joining the force, but he had not yet done a one-week intensive course required after three years of service.

The defence is expected to call its own expert witness, a retired staff sergeant, on Wednesday.

Russell has filed a separate civil lawsuit against Pietrzak and the RCMP over his arrest. 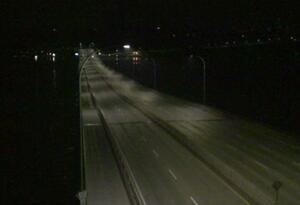