The City of Kelowna is paying nearly $3 per listener, plus hours of staff time, to produce a podcast about what is happening at city hall.

The Kelowna Talks podcast launched in November 2021 and has since published 17 episodes on topics ranging from community safety to changing neighbourhoods and question and answer sessions with the mayor.

Total listenership for each episode has averaged just 135 listens and has never exceeded 200, according to data released by the city to Castanet.

Each episode costs the city $400 to produce through an outside studio, with about $6,800 spent to date on the program.

City staff, however, handle all the planning, research, writing, editing, hosting, posting and promoting of the podcast themselves — meaning the actual cost per episode for taxpayers is much higher.

The 17 episodes published so far have generated a combined 2,290 listens, equating to a cost of $2.96 per listen in studio costs.

“We’re still working to build audiences, we have seen it grow from the number of people listening in the first week compared to now but we still consider this to be early days with a new communications medium,” said City of Kelowna media relations manager Tom Wilson.

The city’s robust communications department does not have the ability to record a podcast themselves and spends $400 per episode on outside help to remain efficient, Wilson said.

“It’s like, we have city staff who do snow removal or road construction, but we also use snow removal contractors or road engineering consultants to extend the capacity of staff. Same with sanitation services in public spaces — it would be more expensive to taxpayers to rely fully on city staff performing those duties,” he continued.

Wilson pointed to the city’s video production efforts, which in 2021 resulted in 26 videos being published—a combination of in-house and contracted videos— that reached 34,324 viewers.

“As we build the audience for these podcasts, we hope they will go the same way as videos in terms of return on investment. We’ll continue to assess the value of them and adjust accordingly.” 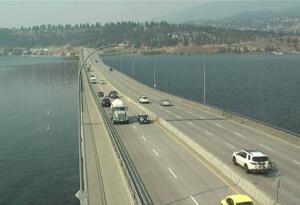