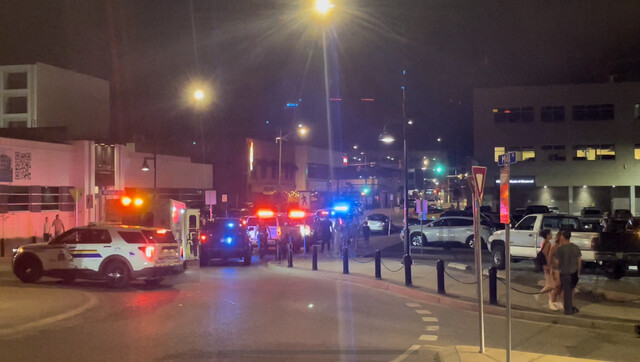 A large number of RCMP officers descended on downtown Kelowna Thursday night after an officer was stopped by a group of concerned citizens, worried about a woman with a wounded and bleeding arm.

“The female was intoxicated and unable to provide officers with any details on how she was injured,” says RCMP spokesperson Const. Mike Della-Paolera.

RCMP officers provided first aid until BC Ambulance arrived on the scene. The injured female was transported to Kelowna General Hospital for medical treatment.

Officers tracked the alleged assault to the corner of Mill St. and Bernard Ave.

Police checked surveillance video in the area and determined an altercation occurred between the injured woman and two women who are possibly known to the victim. A man was also present with the two females during the incident.

“The surveillance video showed two females fighting. The victim was able to free herself and walk away to the area where she was located by the concerned citizens,” says Const. Della-Paolera.

So far, RCMP have been unable to identify the others involved or what type of weapon was used to cause the injury, and police are now asking for the public’s help.

"Kelowna RCMP are seeking to speak with both females and the man who was with the victim during this event, or anyone else who may have witnessed what took place," Const. Della-Paolera says.

Police have asked anyone who has information that could be helpful in the investigation to call the RCMP non-emergency line at 250-762-3300.

“This is an active investigation and officers are certain that this is an isolated occurrence. There is no concern for the public’s safety,” says Const. Della-Paolera.

There was a large police presence in Kelowna's downtown core Thursday night.

While it's not clear exactly what occurred, at least eight RCMP cruisers and an ambulance were near the Queensway traffic circle and in the nearby parking lot before 10 p.m., with their lights flashing. Most of the emergency vehicles were leaving the scene by about 10:15 p.m.

Castanet has heard unconfirmed reports that the incident may have involved a stabbing, but the RCMP has not yet commented on the matter.

The condition of those involved is not known at this time, and it's not clear if any arrests have been made.

Castanet will have further details on the incident Friday.

The incident comes after a man was seriously injured in downtown Kelowna early Tuesday morning when he was slashed in the face with a box cutter near the Stuart Park washrooms. 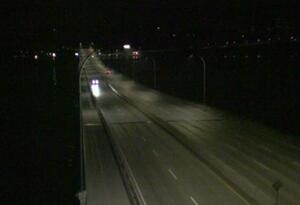