Downtown Kelowna’s Bernard Avenue will be taken over by classic cars this weekend.

The Show N Shine on Bernard takes place Saturday, 11 a.m. to 4 p.m., featuring more than 50 classic cars, hot rods and collectibles that will be on display along Bernard Ave. from The Sails to St. Paul.

A number of street vendors will also be set up.

“Show N Shine on Bernard is a free, family-friendly event for auto enthusiasts of all ages,” said a news release from organizing group Downtown Kelowna Association.

Voting for winning vehicles starts at 11 a.m. Each vehicle will display a dash card with a unique QR code, that when scanned, will take the voter to the Show N Shine on Bernard Voter’s contest page.

Each vote will count as an entry for the Show N Shine voter’s contest, in which three prize packs are up for grabs. The only way to vote and to be entered into the contest is to attend the event.

Show N Shine “best of” awards and winners of the Show N Shine prize packages will be announced on Wednesday online.

“Adding Show N Shine on Bernard to our August activities is a fabulous new event for Downtown.” says Mark Burley, executive director of the DKA.

“With Meet me On Bernard in operation for the summer, August needed something fresh and new. Adding classic performance vehicles, hot rods, and classic cars to Bernard Avenue for a day will add to the vibrancy of Meet me On Bernard and Downtown Kelowna.” 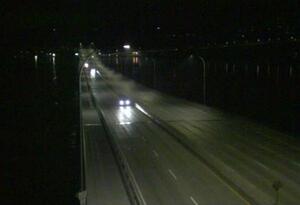