Falcons Kids Camp is back

Elks Stadium is welcoming back Falcons Kids Camp — a two-day baseball experience for children between the ages of five and 13 that shows them how to play one of North America’s greatest pastimes.

John Noce, the Kelowna Falcons' new head coach, was on the field Friday with a mitt and ball, instructing the little sluggers.

“We’ve got a little coaches clinic with kids ages five to 13. Just going over some fundamental stuff for three hours … some throwing, catching, fielding, pitching, just trying to have some fun with them," said Noce.

Noce, who spent some time with the Chicago Cubs, says kids camp is an important step in growing the game and bolstering a future Falcons line-up in Kelowna.

"Hopefully this is a step in the right direction … So far, so good with them. They’ve got some good instruction it looks like so far, there’s been some good parents or coaches out there teaching them some good stuff.”

Noce has a strong passion for coaching the game the right way on the baseball diamond, but he also knows the importance of what a good coach can bring to a young kids’ life off the field.

“You know, when they’re growing up there’s so much on their plate that they can do, but to have someone be able to step up and be able to help them out in some way, yeah, I think that’s pretty important," he said.

If you missed signing up your children for Falcons Kids Camp, there’s still time to get involved. All you have to do is show up to Elks Stadium this Saturday morning at 9 a.m. with a baseball mitt and money for registration. 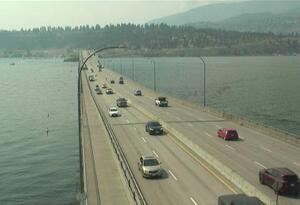