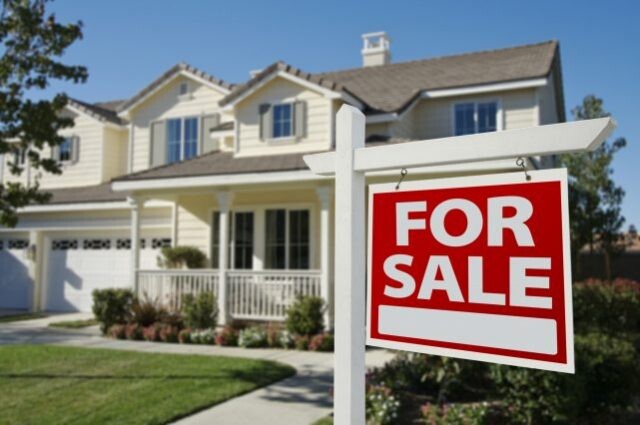 For the first time in at least five years, the benchmark price of a single-family home in the Central Okanagan has dropped for the third month in a row.

Association of Interior Realtors released its July report on Friday, and it featured even more evidence that the housing market has cooled off substantially in recent months after running red hot through most of 2021 and the early part of 2022.

The benchmark cost of a single-family dwelling in the Central Okanagan last month was $1.06 million, which represented a relatively large drop of 4.7%. The benchmark hit a historic high of $1.13 million in April but has now slid in three consecutive months for the first time since at least the beginning of 2017.

AIR said the market in July simply returned to pre-pandemic activity, noting there were 1,196 residential unit sales across its region last month. That represented a 33.3% decrease from July 2021.

“Seasonally, it is not out of the ordinary to see a dip in sales in the summer, although real estate market activity across most regions in the province was below average last month, not just within the Interior,” AIR president Lyndi Cruickshank said in a press release.

“A number of factors, or even a combination of factors, such as the interest rate hikes, recommencement of travel and the school break, could all be reasons consumers pushed pause on their real estate plans as they focused on enjoying the hot summer days.”

“We are seeing inventory starting to accumulate, slowly moving upward to healthier levels of inventory, which is a welcomed relief for prospective buyers,” Cruickshank said. “However, the higher mortgage interest rates are still impacting the real estate market, with some home buyers finding it more difficult to qualify for mortgages.”

The benchmark price of a single-family home in the North Okanagan also dropped in July, falling from $798,500 in June to $774,400 last month. That price has fallen for the last two months, marking the first time it has gone down since April 2020.

The cooling market did not affect the benchmark price of townhouses in the Central Okanagan, as that figure increased 2.6% in July to $783,500. 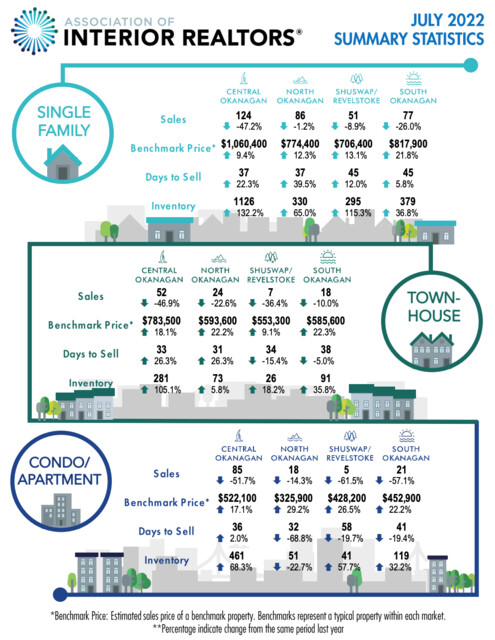