RCMP and EHS converge on a home on Nickel Road

Kelowna RCMP confirm they were called to a notorious drug house on Nickel Road Friday morning after two people were found to have overdosed.

According to police, one of the two was confused and upset when they were brought back with narcan, prompting EHS to call RCMP for support.

Cst. Mike Della-Paolera said because the residence is "known to police," they showed up in numbers for officer safety reasons.

RCMP have descended upon what neighbours call a notorious drug house on Nickel Road.

According to one neighbour, about a half dozen RCMP vehicles and two ambulances converged on the home at 235 Nickel Road.

It's unclear as to exactly why police have converged on the property.

Paramedics apparently performed CPR on one individual for several minutes.

Police were seen crawling through an upper window at one point.

RCMP are no stranger to the home.

In April, police were called after one person was allegedly assaulted with a baseball bat.

Castanet has reached out to police for comment on the latest incident. 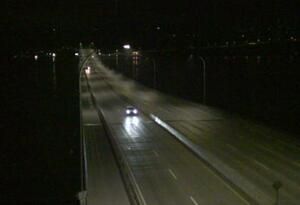