Two hurt in motorcycle vs car crash on Harvey Ave. 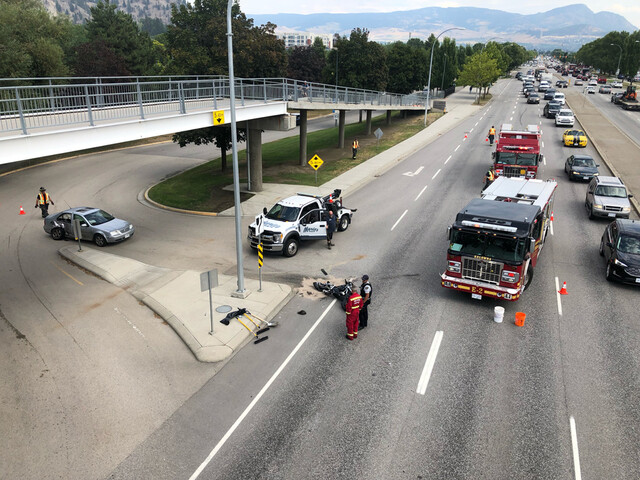 Two people were on the motorcycle when it was involved in the collision.

A woman says she and her dad were both hurt in the crash.

She says she is banged up but otherwise OK, however, her father is in "bad shape" and has serious injuries.

Westbound traffic along Harvey has been slowed while emergency crews deal with the aftermath of a collision between a vehicle and a motorcycle.

The crash occurred about 1:30 Wednesday afternoon in front of the entrance to the Parkinson Rec Centre.

Traffic has been reduced to one lane as a result of the crash. Emergency crews at the scene are in the process of removing both vehicles and should have the road fully reopened soon.

Pictures from the scene show a silver sedan with significant damage to the rear door on the passenger side.

Air bags along the passenger side of the vehicle also deployed.

The rider of the motorcycle was taken to KGH with undetermined injuries.