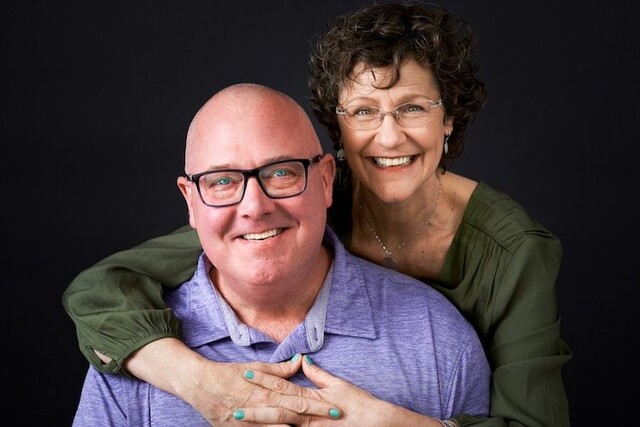 After nearly 20 years on the Kelowna air waves, Andy James and Tamara Lindsay, known to most radio listeners as Andy and TJ, have signed off for the last time.

The couple announced Friday morning they are retiring as host of the CKOV-FM 103.9 The Lake morning show to devote their energies full-time to their burgeoning freelance voice over business marriedwithmics.com.

"It's been a great run, what a great community. We've been really blessed with people sharing their lives, and us with them," James told Castanet News.

Both have been in the radio business for about 35 years, taking the mic together to form the Andy and TJ morning show on SILK-FM in the early 2000s.

They left the business briefly before returning to when Larson launched The Lake in May of last year.

"We knew we wanted to pull the pin probably sooner than later.

The hours and trying to do both at the same time, especially when we have agents in New York and a lot of auditions come in early in the morning.

"You can't dance with two people at the same time."

For his part Larson, who purchased the assets of Soft 103.9 after it declared bankruptcy in March of 2020, said he is still working on a replacement plan for the morning show.

Tim Black will host the morning show in the interim following the long weekend.

"It has been our absolute honour to have Kelowna’s longest running morning show and two of this community's best-known and most-loved personalities be a part of our radio station since we launched 15 months ago," said Larson in a statement.

"There is no question that the success of The Lake has been in large part due to having Andy & TJ host our morning show and we will miss them immensely."

"As a fellow small business owner, I wish them nothing but the greatest success in the pursuit to grow their own business and enjoy semi-retirement”.