Abougoush Collision, which owned and operated five Boyd Autobody & Glass locations in the Thompson Okanagan, is in new hands after owner Methal Abougoush decided recently to move on to retired life.

Lift Auto Group, which is part of the CSN Collision Centres Network, purchased the group of repair shops, bringing its total to 29 overall and nine in the B.C. Interior. All the shops are operated as CSN Collision Centres. The five Boyd locations that were sold included two in Kelowna, and one each in West Kelowna, Penticton and Merritt.

“It has been an honour to serve this great community over the years, and I am thankful for the support they have given me,” Abougoush said in a press release. “I am happy to have found a company like Lift Auto Group that I can transfer my team to and that is aligned with my business principles and practices.”

Abougoush used his business to give back substantially to the community, most notably the annual Father’s Day car show that raised money for Okanagan charities. Lift said it remains committed to “continuing the positive legacy” created by Abougoush.

Boyd employees will continue to work for Lift Auto Group, which will be able to provide them with additional resources and support from its network of professionals.

“For decades, Abougoush Collision has been a hallmark of collision repair in the Okanagan, a result of the hard work and dedication of its former owner, Methal Abougoush, and his team,” Lift Auto Group president and CEO Mark Reineking said.

“The addition of these locations furthers our goal of being the leading collision repair provider in Canada and aligns with Lift’s vision of being at the forefront of the industry through understanding its customers, investing in its people and embracing technology to deliver a best-in-class experience.” 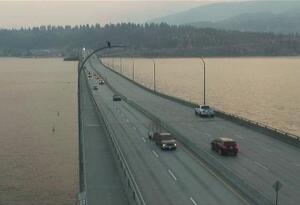