United to comply with law

It's been well over a decade, but lawful change to a Kelowna neighbourhood is finally at hand.

City council Monday gave initial consideration to rezone 11 properties in the Arab and Appaloosa road area from A1 agricultural to I6, the city's low impact transitional industrial zone.

The area already has a future land use designation of I6.

The decision by council Monday ends a long battle involving residents and the city. Eight of the 11 properties in question have a history of bylaw enforcement due to use contrary to the current A1 zone and are now applying to come into compliance with zoning bylaws.

A few of those properties had in recent months altered their lots to industrial with city approval according to planner Barb Crawford.

"The area has had a long-standing planning and bylaw enforcement history spanning over a couple of decades. This comprehensive and neighbourhood co-ordinated approach was initiated by the area residents in 2019," said Crawford.

"Improvements include construction of the future Palomino Road, underground and surface infrastructure for Appaloosa Road and Palomino that need to be completed concurrently."

Planner Terry Barton told council the good work of property owners in the area coming together in a collaborative effort and coming up with an infrastructure plan to address the concerns of the city allowed this plan to move to where it is today.

"This has been a challenging file for all parties," he said.

Coun. Luke Stack said be was pleased to see the application get to this point, but admitted to being skeptical along the way.

"I was not sure this day would come because I felt unless the neighbours really pulled together and brought a comprehensive plan it wouldn't happen and there had been a long history of individuals trying to advance this," said Stack.

"I give them credit for finally pulling it together because without a concerted effort by a majority of the land owners in the area I don't think we could have seen this day." 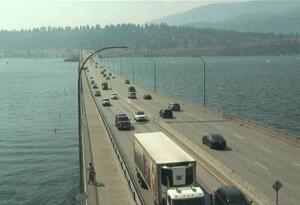