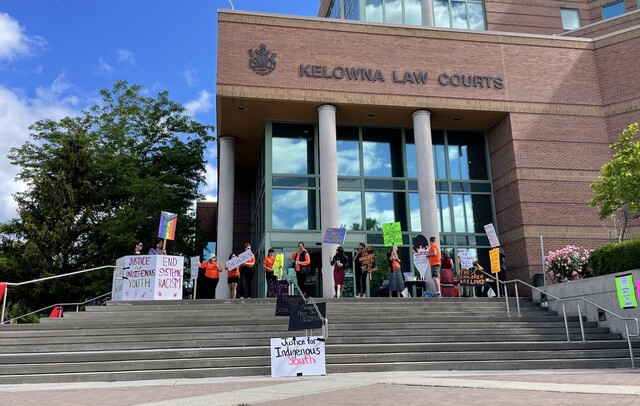 A disgraced former Kelowna social worker could spend years in jail for stealing hundreds of thousands of dollars from the Ministry of Children and Family Development, depriving the vulnerable Indigenous youth in his care.

Robert Riley Saunders was arrested in December 2020 and charged with multiple counts of fraud over $5,000, breach of trust, and forging a university degree, which he used to obtain a job at the MCFD back in 1996. Saunders pleaded guilty last year to fraud over $5,000, breach of trust in connection with his duties as a child protection guardianship worker, and using a forged document.

A large group of Okanagan Nation Alliance members and others gathered outside the Kelowna courthouse Thursday, calling for a harsh punishment for Saunders and for justice for the Indigenous children who were victimized by him. Many of them packed Courtroom 3 to hear the sentencing submissions.

During her submissions, Crown prosecutor Heather Magnin noted Saunders targeted particularly vulnerable Indigenous children who'd been removed from their homes by the MCFD, as he figured they would be less likely to speak up about their lack of support.

“The youth Mr. Saunders chose to victimize are part of a profoundly marginalized and vulnerable group – Indigenous children who have been removed from their families by the state,” Magnin said. “The impacts of Mr. Saunders' crimes on these youth victims is impossible to quantify.

“At its core, Mr. Saunders' crime represents a moral betrayal of the principles that are part of the mandate of the Ministry to protect and support vulnerable children and youth ... Mr. Saunders' decision to take advantage of his position of trust over this marginalized and particularly vulnerable group is a breach of trust at the highest level of scale that necessitates a severe sentence.”

Magnin noted Saunders ramped up his fraud over the seven years he committed it, stealing from more, and younger, youth as the years went by. By 2018, when he was eventually caught, he was stealing funds that were meant to go to about half of the youth in his care.

She also said Saunders used his knowledge of the MCFD system, and its “frailties,” to extract the maximum amount of funds he could for himself.

Despite pleading guilty to defrauding the government, Saunders has maintained his actions never impacted the youth in his care. Justice Steven Wilson ultimately ruled otherwise, but Magnin noted Thursday that Saunders lacks remorse for his actions.

In his pre-sentence report, he claimed that criminal charges would never have been laid against him if it wasn't for the government's settlement of a large class-action lawsuit related to Saunders' actions, and he complained that his story had been “kept in the media longer than those who committed serious crimes like murder, rape or shootings.”

The pre-sentence report author concluded that Saunders' moral and ethical compass was “as good as he could get away with.”

Saunders was primarily motivated by “greed, pure and simple,” Magnin said, which was apparent by the lavish lifestyle he led while he carried he out his crimes – driving a brand new pickup truck, buying a boat and an expensive home, and taking multiple trips to Las Vegas and attending hockey games.

His average salary was about $4,000 per month, and by 2017, his stolen funds tripled his legitimate earnings.

“As Mr. Saunders told the pre-sentence report author, he used the funds to create an identity of both being rich and to associate with others who enjoyed a similar lifestyle,” Magnin said. “He agreed in cross examination that leading up to 2018, his lifestyle significantly exceeded his legitimate means to fund it.”

Magnin also asked Justice Wilson to take into account the historical context in Canada of Indigenous youth taken from their homes by the government, and mistreated.

“The court can and should take judicial notice of this historical context and certainly the Supreme Court of Canada has done so on many occasions in different contexts,” she said.

“The reality that Mr. Saunders chose to target Indigenous children in care cannot be divorced from Mr. Saunders crime and is an important factor to demonstrate the overall seriousness of this offence and the degree of moral culpability of this offender.”

The sentencing hearing began with victim impact statements from several of the youth who were under the care of Saunders for years. The identities of the youth are covered under a publication ban.

“I was a 15-year-old youth who was in the middle of chaos and I didn't feel cared for,” wrote Victim H.

“It wasn't fair and I didn't deserve any of this. Riley robbed me of my youth and early adulthood and even though he is no longer in my life, his actions will impact me for the rest of my life. I will never get those years back.”

Another youth wrote about how he was just seven or eight years old when he first came into the care of Saunders, and ended up moving to 13 different foster homes throughout his youth.

“I often wonder what my life could have been had he not been my social worker,” wrote Victim E. “I believe I could have been happy, healthy and an active person in the community. I'm afraid of Riley and I don't ever want to have contact with Riley in the future.”

Victim Q wrote about how he was homeless and addicted to drugs while under Saunders' care.

“As a result of my time under Riley's care, my trust in the systems that are meant to support me have been destroyed,” Victim Q said. “When I was in Riley's care he made me feel like I was a bad kid and he didn't want to deal with me. I didn't feel safe around him and I continue to feel threatened by him every day.” 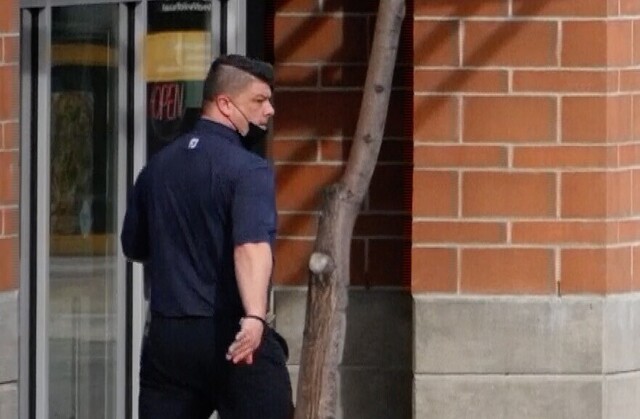 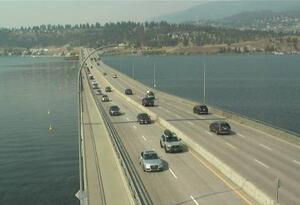