Photo: Contributed
Officer Glen Little is ready to ride the refurbished e-bike that was recently turned in to Pedego Oyama.

The owners of Pedego Oyama have donated a refurbished e-bike to the Lake Country bylaw department.

Pedego Oyama owner Sheila Fraser tells Castanet Lake Country RCMP recovered the e-bike months ago but it didn’t have a registration number and “it was in pretty rough shape.”

After six months of the owner not coming forward, police dropped the e-bike off at Pedego because that was the only name on the bike. Fraser says her husband Murray and their tech guru Chase managed to resurrect the bike and pull it back together.

“It’s great to see it all fixed up and ready to ride!”

Instead of putting the bike into Pedego’s rental fleet, Fraser says they decided to donate it to the Lake Country bylaw department, “we don't really own it, so let's give it to Lake Country and let their team use it."

The bike will mostly be used by bylaw officer Glen Little, an avid biking enthusiast.

“He’s already been out on the trail handing out scarves to dog walkers and acting like a Lake Country ambassador,” says Fraser.

Sheila Fraser recently started a petition asking the Regional District of North Okanagan to reverse a decision to banned class 2 e-bikes on the trail between Oyama and Coldstream. The petition was signed by more than 4,200 people, leading the Greater Vernon Advisory Committee to back track and reverse the ban.

Fraser met with the GVAC and was happy with what she heard.

"I think the majority of people's point of view is if you're going to have bike rules, and it's all for one, regardless of what kind of a bike you're riding. Everybody should be riding safely and with common sense."

Pedego Oyama is holding a safe e-biking course June 18, 2022 at 10:30 a.m. for those who are interested in learning more about e-bikes and biking etiquette in general. 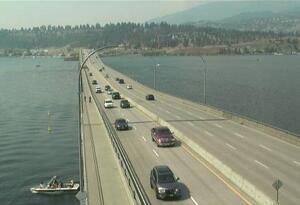