Some mothers in the Okanagan are feeling the stress of the North American baby formula shortage.

The shortage is the result of the temporary closure of a large formula factory in the U.S., and the Russian invasion of Ukraine, which is the world's largest producer of sunflower oil, a main ingredient for specialized formula.

Castanet visited five Kelowna grocery stores this week and saw bare shelves for specialized formula needed for infants with allergies. We spoke with mothers who have had trouble finding formula, and store staff who say the product sells out as soon as its stocked.

Like the grocery store shelves, Mamas for Mamas — a local non-profit organization that helps families with young children — are worried as supplies also run low.

“With the shortage, we haven't had any come in in the last month, so we are down to our bare minimum stocks of what we have to offer everybody. We are getting to that crunch zone where we’re going to have to start turning people away just because we strictly don’t have it,” said Mamas for Mama’s manager Kelly Hopkins.

Mamas for Mamas recently had a client who buys her specialty formula through Amazon Canada, but she was informed by the company that they were no longer able to ship her the formula her baby needed because of Amazon Canada’s decision to start supplying the United States.

“She went around Kelowna, went to West Kelowna, Lake Country to see if she was able to find any formula. She went right to the retailer, they didn’t have any. She called me and was like do you have this? And I happened to have a can on the shelf and I was able to give it to her. But she was in a panic because breast milk isn’t even an option, cow’s milk isn’t even an option ... she really needed that specialty formula and couldn’t find it anywhere.”

According to Mamas for Mamas, a lot of new moms with trouble breastfeeding feel bad enough not being able to feed their newborn, but with the added shortage, it creates a terrible cycle of stress and guilt for mothers.

“There’s a huge pressure out there that breast is best. Here at the office, we really do the whole fed is best. We’re no questions asked and we’re trying to fill that gap, but the need has increased with the shortage ... Daily we have about five or six people who walk through the door looking for formula.”

Mamas for Mamas Kelowna supports roughly 50 families per week, but if you’re in need of a little extra help, there is always room for more.

It is believed the formula shortage will subside as the previously closed manufacturing in the U.S. comes back online soon, although it could take months for those products to hit the shelves. 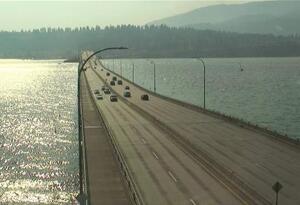