Dog recovering at Kelowna SPCA after being shot near Beaverdell

Dog shot and left for dead

The BC SPCA is hoping anyone with information will come forward after a dog was found last week abandoned with gunshot wounds on a property in Beaverdell.

Kelowna SPCA branch manager Sean Hogan says the German Shepard named Rose and her Great Pyrenees brother were left after their owner was evicted. The dogs were found on May 20.

"Upon examination, we learned that Rose had some pretty bad wounds that needed emergency care. We got her over to a clinic right away and by the end of that day I was speaking to the veterinarians about the extent of the wounds and it was very concerning."

"She had a large open wound on her back torso side and through her neck as well as the right side of her face. So what they were actually telling me was she had been shot. They were finding buckshot in the wounds and having to clean up the necrotic tissue as well as make sure that she didn't get an infection," he said.

Rose has required multiple procedures to save her life.

Hogan says her chest wound was so severe a honey bandage was required to promote new skin growth before they could do wound-closure surgery.

"It is always the worst when you hear the worst side of humanity being so cruel to an animal. It is not fair, but we don't know the circumstances as to what was going on in the first place. How she got shot, what that was all about. It makes me terribly sad that people feel that they can just willy nilly shoot at animals."

Rose's brother is doing well and is currently in foster care.

Anyone in Beaverdell that may have information about the shooting of Rose is asked to contact the hotline at: 1-855-622-7722.

You can also donate online. 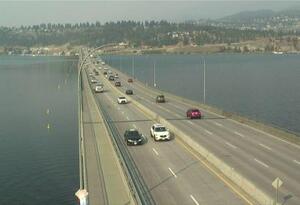