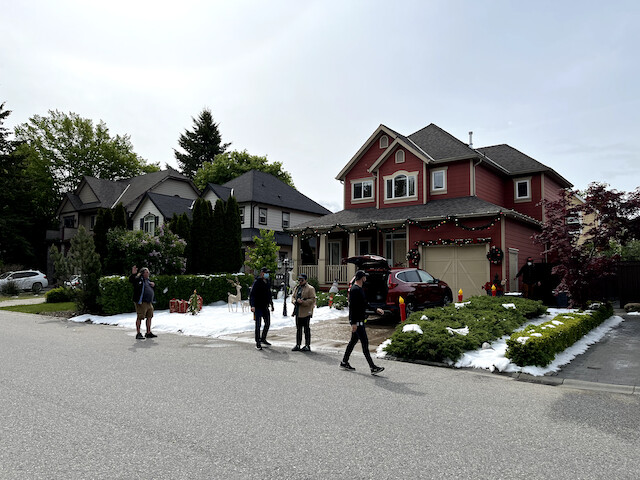 Snow has covered the streets of Kelowna this May.

In particular, fake snow and Christmas decorations have been on display at two houses located on Elliot Avenue and Richter Street, for an upcoming Christmas Holiday movie.

A film production team with a handful of trucks and equipment has been spotted in the area on and off for about a week, with the team working hard to produce a quality flick.

A crew member has said that the team will be in the area over a three-week period, with someone controlling traffic flow in both directions between takes.

The name of the film is unknown at this time, but a female actress was spotted with a young actor who appeared to be about 10 years of age.

People are encouraged to take alternative routes in the area, but the road is open to local traffic.

Kelowna has become a popular filming location for made-for-TV movies over the past few years.

The Okanagan Film Commission says last year, 32 projects were shot in the region, bringing $43,970,500 in to the local economy.