Despite Robert Riley Saunders' insistence that his years of stealing money from the Ministry of Children and Family Development had no impact on the vulnerable youth in his care, a judge ruled otherwise in Kelowna court Friday morning.

Saunders pleaded guilty in September 2021 to three of 13 criminal charges he faces, after his fraudulent scheme was uncovered in December 2017. Saunders admitted to stealing more than $460,000 over a six and a half year period, while he worked as a guardianship social worker with the MCFD's Kelowna Indigenous Integrated Family Service and Guardianship Team.

Saunders was in charge of dozens of high-risk youth who'd been removed from their family homes, and many had issues finding permanent placement in foster care or other housing environments.

But while Saunders admitted to the theft from the government, he's maintained that the misappropriation of funds had no impact on the youth in his care. While the funds were earmarked for the youth in his care, Saunders argued they were never entitled to the money, and that the MCFD wouldn't have released the funds if it wasn't for Saunders' lies.

In March, a seven-day Gardiner hearing in the matter was held in Kelowna court. Gardiner hearings function similar to a trial, and are held when aggravating or mitigating sentencing factors are disputed.

Friday morning, Justice Steven Wilson ruled that Saunders fraud did in fact deprive a number of youth in his care of funds they would have been entitled to, while the fraud caused a “risk of deprivation” to all of the youth in his care. As a result, the Crown can now argue that this is an aggravating factor during Saunders' sentencing hearing, and that it should result in a harsher punishment. Sentencing in the matter is scheduled for June 22 and 23.

Saunders remains out of custody and he attended Friday's hearing by video feed. He appeared restless during Justice Wilson's hour-long decision, regularly getting out of his chair and moving around his room.

In his ruling, Justice Wilson said Saunders' multi-day testimony during the Gardiner hearing was “self-serving and not very reliable.”

“Mr. Saunders seemed focused on trying to predict where a line of questioning might be headed as opposed to answering the question posed,” Justice Wilson said.

“He consistently repeated his theory of the case, which was that none of the youth were entitled to any more than they received, regardless of whether it was responsive to counsel's questions. This rendered his presentation evasive.

“I found that many of his answers to questions were based on what he believed would help his position as opposed to being truthful ... It follows that I am unable to accept or rely on much of Mr. Saunders' testimony.”

Thirteen of the youth in Saunders' care turned 19 and aged out of ministry care. Youth aging out of care can be entitled to “aging out” funds, to help buy things like furniture, dishes, and other basic requirements for living on their own.

Saunders argued these youth were not responsible enough to handle the funds, but Justice Wilson rejected this argument. He noted there were tools in place to ensure the youth would spend the money on appropriate purchases, such as accompanying them on their shopping trips, or distributing the funds through vouchers for specific stores.

Another specific example of youth being deprived of the funds they were entitled to comes from one of the 24 youth under Saunders' care who's referred to as “Victim H.” The identities of all the youth involved are covered under a sweeping publication ban.

Saunders argued Victim H was not entitled to ILA funds, as he hadn't shown he was responsible enough to live on his own. Instead, Victim H bounced between different living arrangements during his teenage years. In text messages shown in court, Saunders actively discouraged another social worker from telling Victim H about the possibility of entering into an ILA, because Victim H was a “lucrative victim,” according to Justice Wilson.

But when Saunders was fired in January 2018, Victim H was placed on a legitimate ILA and he moved into his own place within a week, where he thrived. The social worker who replaced Saunders called Victim H an “ideal candidate” for the program, and Victim H regularly checked in with his new social worker to show how proud he was in successfully living independently.

“As a result [of Saunders' fraud], [Victim H] was in a position of bouncing back and forth between his father's and various friends' homes, at a time when he could have likely been living independently and successfully,” Justice Wilson said.

“He was not provided with the opportunity to create a safer and more stable environment for himself that could only assist him in his future.”

“Mr. Saunders never determined that any of the youth became suitable [for an ILA] as they became older and presumably more mature, because it was not in his financial interest to do so,” Justice Wilson said.

“The fact that the youth were never given the opportunity, means that no one will ever know whether they would have succeeded on an ILA.

“I conclude that the Crown has proven beyond a reasonable doubt that there was a risk of deprivation to all of the youth for whom ILA payments were misappropriated by Mr. Saunders.”

How these aggravating factors will ultimately impact Saunders' eventual sentence will be discussed during sentencing submission on June 22 and 23. The Crown's sentencing position is unknown at this time. 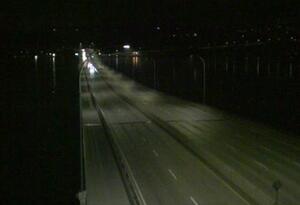