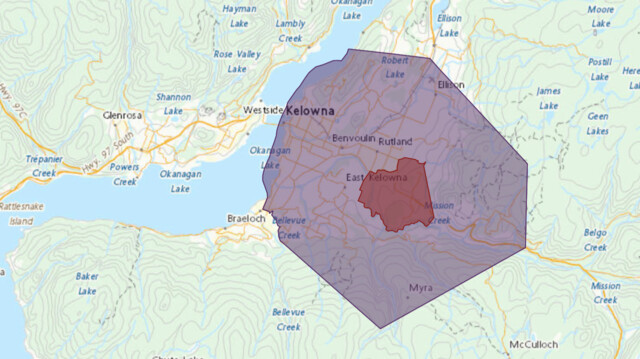 As avian influenza spreads across the country, The Canadian Food Inspection Agency has issued a new map detailing the infection zone and control zone in the Kelowna area.

It relates to the May 4 notice confirming a second small flock of chickens in Kelowna tested positive for the highly pathogenic H5N1 avian influenza virus.

The infection zone stretches from Reid Road in East Kelowna, north to Springfield Road and Highway 33, into the Joe Rich area and south past Gallagher Road.

The exclusion zone extends along Okanagan Lake from the Mission to just south of McKinley Landing, east past Black Mountain and south beyond Myra Canyon.

Canada's Minister of Agriculture and Agri-Food has declared primary control zones (PCZ) to prevent the spread of bird flu. It means that birds, their products and by-products, as well as things exposed to birds cannot be moved into, out of, within, or through the zones except with a general or specific permit.

The infection zone is defined as an area within a PCZ and around an infected premises that is considered to be at highest risk, and where more movement controls are in place.

The first confirmation of H5N1 in B.C. poultry was at a commercial producer in Enderby in mid-April.

Tuesday, the BC Ministry of Agriculture issued an updated Animal Health Act general order for commercial operations to keep their birds indoors until at least June 14, 2022.

The ministry says the virus is believed to have been spread through contact with infected migrating wild birds and “owners of small or backyard flocks are urged to continue to be vigilant and have appropriate preventative measures in place.”

Wild birds have tested positive for avian flu in a number of areas of the province.

So far, B.C. has relatively few outbreaks compared to other provinces like Alberta and Ontario, where dozens of commercial operations and small flocks have been impacted. 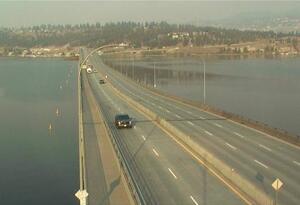