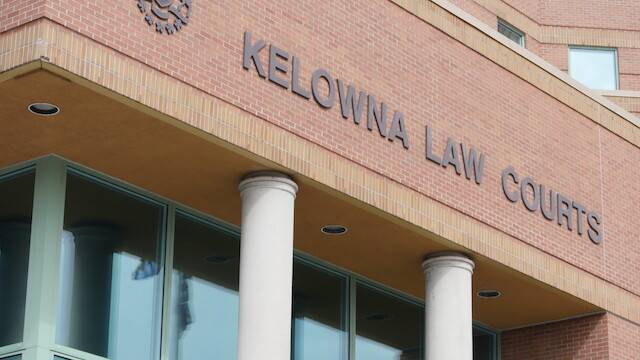 A Kelowna drug dealer has been sentenced to 3.5 years in prison for running a dial-a-dope operation pushing cocaine, methamphetamine and fentanyl.

Cody Erin Lypowich, 32, pleaded guilty after failing in court to have evidence collected against him police ruled inadmissible, according to a recent BC Supreme Court decision.

RCMP busted Lypowich after several days of surveillance and found in his vehicle 24.6 grams of fentanyl and carfentanyl, 96.6 grams of cocaine, 25.9 grams of methamphetamine and $1,740 in cash.

All the drugs were packaged for sale and another $20,000 in cash was seized from his home.

Lypowich had a previous trafficking conviction on his record that resulted in a two-year jail sentence.

Court heard that Lypowich, who is of Metis heritage, was exposed to violence, drugs, and drug and alcohol abuse throughout his formative years. His father suffered with addiction and Lypowich found him on more than one occasion passed out with a needle in his neck.

His first job was selling drugs, “something which has undoubtedly set him on the path to where he finds himself today,” ruled Justice Steven Wilson.

The defence argued for a three-year jail sentence while the Crown sought between three and four years.

While the defence urged the judge to take into account the possible rehabilitation of Lypowich, Justice Wilson noted he was not selling drugs to feed an addiction.

“But was, rather, motivated by profit, this would, in the absence of anything further, tend to reduce rehabilitation as a factor in any event.”

Justice Wilson settled on a 42 month sentence, less 123 days worth of credit for time served.