The local gang landscape is changing as the region grows

The gang landscape is changing in the Thompson-Okanagan as the region grows rapidly.

That’s one of the reasons the Combined Forces Special Enforcement Unit B.C. (CFSEU-BC) wants to set up a new anti-gang team here.

She points out the program has been very successful in the Lower Mainland and they want to expand to the Okanagan to help steer young people away from gangs and help others get out.

“The province has been very supportive of the End Gang Life program and our Gang Intervention and Exiting Team. We would be looking at wanting to promote the program through a pilot project, which the province is currently looking at supporting."

Winpenny notes it’s not just Hell’s Angels and their affiliates running the show in the Okanagan. The growth of the region has attracted gangsters from all over.

“The Hell’s Angels have had a presence in Kelowna for many, many, many years. They are one of the most powerful gang groups or affiliates you would see in the gang landscape, but the gang landscape is very loosely structured nowadays. It’s very different than it was back in 2008-2009."

She says the affiliations and alliances are changing all the time and there are sub-groups of groups and subgroups below those. She adds that causes a lot of the conflict.

One emerging trend that is also cause for concern is the rise of women gangsters.

“It is quite a concerning issue now. We see the involvement of girls in the drug trade.

“Girls are taking on a more prominent role as leaders in the gangs and organized crime. And as well there is a component of the sex trade and prostitution and girls being recruited to being vulnerable to the sex trade and being part of the gang landscape.”

Winpenny adds that wherever there is money to be made, gangs will figure out how to do it, and police have to adapt their measures to counter that activity.

She’s hopeful CFSEU-BC will get the go-ahead to set up a Gang Intervention and Exiting Team in Kelowna. It would likely start with one liaison officer and one civilian staff member.

CFSEU-BC is the province's anti-gang agency that collaborates with policing partners to disrupt and suppress organized crime activity including street-level drug violence. 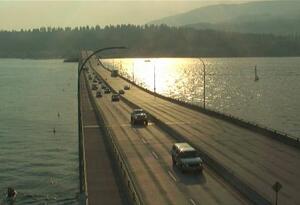