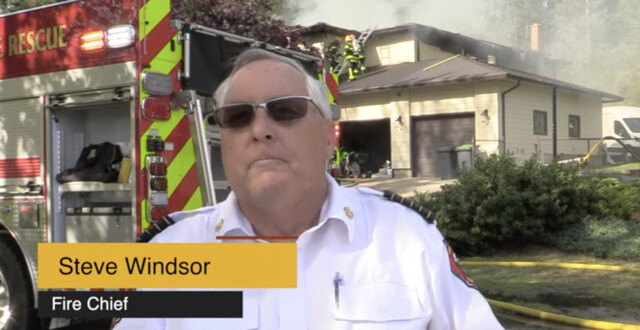 "The guys put on a breakfast for me and another one of the halls put on a lunch, so not a lot of work was done," he said.

Windsor started his firefighting career in Central Saanich, just outside of Victoria.

"Then I was with North Cowichan and finally Pender Island before I came up here. The chief position came up and so I was interviewed for the position and was offered it," he said.

Windsor says he has loved watching the department grow over the years.

"When I first came the department was still being operated as independent for the three halls. They have all come together now as Lake Country Fire Department. We have replaced pretty much the whole fire fleet. We also completed the new hall in Winfield which probably took longer than 10 years," he said.

"When I first came here there was just myself and a deputy. Now we are going to hire an additional deputy to make it eight full-time staff in addition to the roughly 55 paid-on-call firefighters," Windsor said.

Windsor says he is looking to volunteer in the emergency services area post-retirement.

"I'm not going to get into anything right yet, but there are potentials on the horizon," he said.

Darren Lee will be taking on the role of fire chief for the community effective May 30.

Deputy Chief Brent Penner will perform the duties of acting chief until the end of May when Lee joins Lake Country Fire Department.

Lee has extensive experience in emergency services with a progressive career in fire service in BC spanning over twenty-nine years.

Lee most recently worked as the fire chief for the City of Abbotsford where he was a key member of the team that lead the city’s response to last year's atmospheric river. 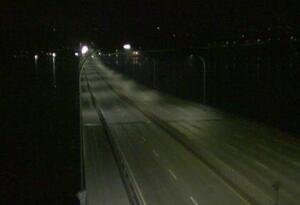