Documents shed light on why bears get killed in Thompson-Okanagan

Why bears are killed 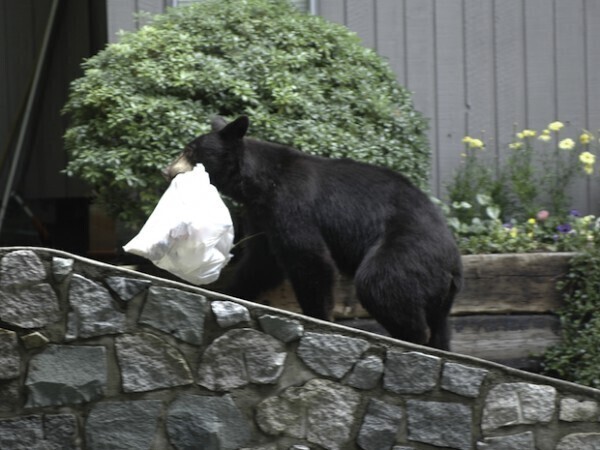 A fed bear is a dead bear. The adage rings true in the Thompson-Okanagan, according documents released by a wildlife conservation charity.

The Fur-Bearers announced this week is has filed a formal complaint against the provincial government over how the BC Conservation Officer Service handles bear cub killings.

Files released under the Freedom of Information and Protection of Privacy Act shed light on 77 identified juvenile bear kills in 2021.

The documents show that the bulk of the bears were put down due to conflicts with humans or being habituated to human food such as garbage.

The Fur-Bearers complaint, however, is focused on the bears that were euthanized for being in poor health. For example, a conservation officer in Christina Lake put down a bear cub on Nov. 6, 2021 after making a field assessment that it was “emaciated” and without a mother. Similar cases in Terrace and the on the coast were highlighted by the charity.

“Conservation officers are not wildlife managers and their role is related to public safety. But the records show killings of bear cub that were not related to public safety; we also read other incidents in which cubs were killed for their ‘poor health’ were not visually evaluated by qualified individuals,” says Lesley Fox, executive director of The Fur-Bearers.

The charity is lobbying the provincial government to draw a clear distinction between public safety issues within conservation officers current mandate and the “non-mandated wildlife management” they currently undertake. It also wants third-party oversight over COs.

Castanet News reviewed the 471-page tranche of documents detailing the bear killings. The files reference numerous Thompson-Okanagan bears that were put down, mostly due to unmanaged attractants.

A selection of those cases is below:

Conservation officers put down two bears that had accessed unsecured dumpsters at the EZ RV Park and adjacent Canco gas station on Highway 97 in Oliver.

An officer attended the RV park for a complaint of multiple black bears in a dumpster. He arrived to find a trail of household trash leading from the dumpster to the nearby bush

After telling the RV park’s property manager to secure the dumpsters, the officer set a bear trap and departed. The next day, a 300-pound black bear was caught in the trap. It was highly food-conditioned and euthanized. A violation ticket was issued and the trap was reset.

The officer attended the adjacent gas station and found another tossed dumpster with a trail of garbage leading to the bush. A violation ticket was issued to the gas station.

Later that day, a second 125-pound cinnamon bear was caught in the trap. The officer scared away a yearling bear that was nearby outside the trap “due to lack of information on the bear.” The bear inside the trap was put down due to high levels of food habituation.

Conservation officers put down a sow and two cubs that had accessed used cooking oil at Masa’s Restaurant at the Sun Peaks Ski Resort.

There was evidence that the food-conditioned bears were frequenting an area near a daycare. A trap was used to catch the two cubs, while the sow was shot hours after being chased away from her cubs in the trap.

Conservation officers euthanize a two-year-old black bear that had been approaching golfers at “The Rise” in Vernon, going as far as climbing into a golf cart and biting a seat.

“The person standing next to the golf cart is exhibiting VERY foolish and stupid behaviour acting like that,” the conservation officer said in a text message, in response to the video.

“He is asking to be attacked by this bear and perpetrating the bears behaviour of being close to people.”

After a few days of course employees trying to scare the bear away, it became bold enough that it needed to be put down.

A juvenile bear that had been accessing the dumpster of the Peachland IGA was put down.

When conservation officers visited the store, its dumpster was unsecured. A ticket was issued to the grocery store’s parent company, the Georgia Main Food Group.

The bear was caught with a trap and euthanized six days after conservation officers were first called to the store.

Conservation officers put down a sow and two cubs that had been attracted to a home’s garbage and fruit tree in West Kelowna.

Officers had attended the home several times in the days up to euthanizing the bears trying to get the homeowner to manage attractants, but was met with non-compliance.

The bears were feeding on composters, an apple tree and unsecured trash and eventually bit the homeowner's dogs.

When conservation officers issued a ticket, the homeowner felt he should have received a warning first and refused to accept the ticket. Conservation officers were before West Kelowna council at the time trying to raise awareness about bear attractants.

A juvenile black bear is put down after damaging a Peachland chicken coop and killing eight birds in the span of a week. Chicken coops should be electrified to prevent bear conflicts, but this one was not.

The bear was euthanized for being highly food habituated.

A juvenile black bear in spotted near Penticton's Safeway, in the middle of the city, was put down.

It had been frequently spotted over the past two weeks in the city’s core and was using an inner-city ravine for cover. The bear had been spotted seeking food near the mall, a seniors home and elementary school.

It was put down because of its multiple conflicts in a confined urban area and its habituation to humans.

A bear was put down in Penticton after becoming defensive of plum and pear trees in a yard. The bear bluff-charged the homeowner.

While conservation officers typically relocate bears that access fruit, this bear was put down because it had bluff-charged the resident.

The homeowner was told to install electric fencing if they want to keep their fruit trees.

Conservation officers attend to a bear cub in a tree behind a vacant campsite in Fintry Provincial Park.

The bear is tranquilized and officer sees the cub has a yellow tag on its ear, meaning it has already been relocated once.

“It learned habituation from its mother and now associated humans with a food source,” the report says, noting the officer had to explain the situation to a gathering crowd in the park

“They all seemed to understand and see the difficult situation.” 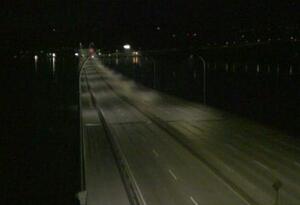