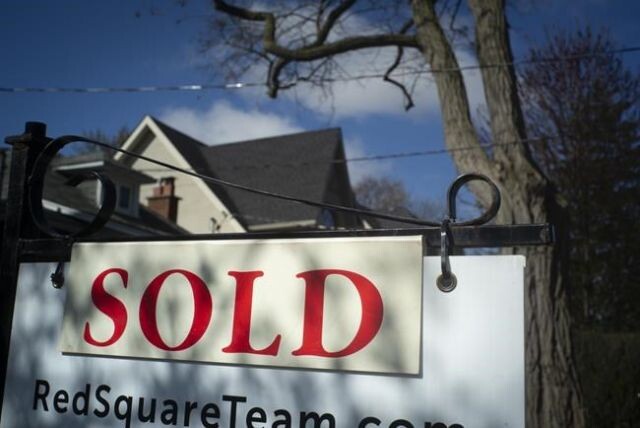 Just three months after the benchmark price of a single-family home in the Central Okanagan hit $1 million, another milestone has been reached.

According to statistics released Tuesday by the Association of Interior Realtors, the benchmark price of a single-family home in the Central Okanagan is now worth more than $1.1 million. The benchmark, which represents a typical property, climbed to $1.129 million in March.

The benchmark price topped the $1 million mark in December for the first time.

The 3.2% increase from February was the third biggest jump in the last 11 months, and it came despite a large increase of inventory. There were 473 single-family homes on the market in March compared to just 306 in February.

The townhouse benchmark price in the Central Okanagan jumped 2.5% to $758,100 in March, while condominium and apartments jumped 1.2% to $557,400. Inventory increased significantly in both of those categories as well.

“It is encouraging to see that in the month of March we saw a slight increase of sales as well as an upswing of new listings compared to February, which is seasonally expected for the local real estate market as we head into the warmer spring months,” AIR president and Vernon Realtor Kim Heizmann said in a press release.

“The spring fling seems to have been kickstarted, which is great news for buyers and sellers. However, new listings are still not coming on to market at the rate needed to meet demand.

“Without a drastic supply of housing coming onto market, the lack of inventory will continue to impact buyers and sellers in the coming months.”

There was a second straight significant benchmark price hike for single-family homes in the North Okanagan last month. The mark jumped 4.9% in March after a 4.5% increase in February, and it now sits at $779,700. The benchmark was only $711,600 in January.

There were 1,898 sales across the entire region in March, which was a 25% decrease from the March 2021 record. New listings were down 7% compared to 12 months ago but jumped a whopping 55% from February. 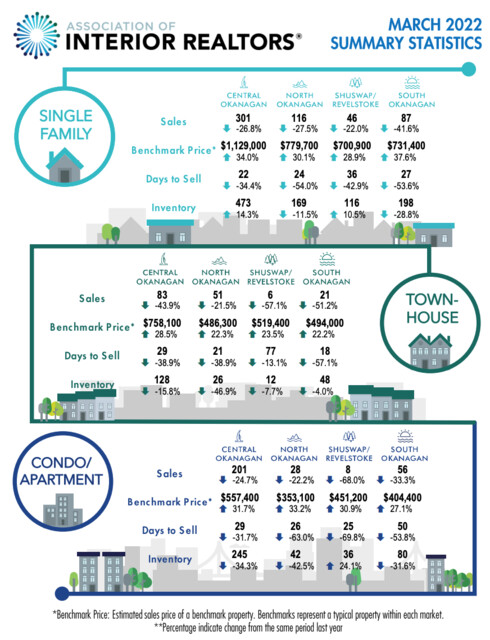 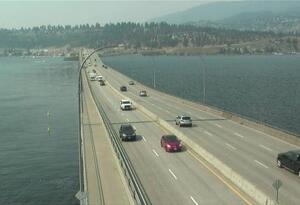