Fraudulent former social worker claims he stole from the government, not youth in his care

Saunders: 'I did my job well' 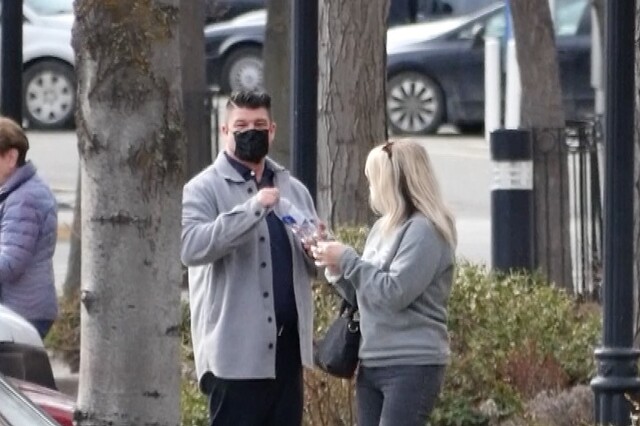 After stealing hundreds of thousands of dollars from the Ministry of Children and Family Development that had been authorized to support youth in care, Robert Riley Saunders testified in court Friday that he “did his job very well.”

Saunders, who was employed by the MCFD from 1996 to 2018, took the stand for the third day in a row in Kelowna court Friday, marking the fifth day of his Gardiner hearing. At issue during the hearing, where Crown and defence argue disputed facts that will impact sentencing, is whether Saunders' admitted fraud against the government had a negative impact on the youth in his care.

Saunders' claims that all of the money he stole from the MCFD, that he secured under the guise that it was going to support high-risk, troubled youth in his care, would never have been available to the youth through a legitimate social worker.

Over the past three days, Saunders has repeatedly spoke about his responsibilities and duties he had being employed as a social worker by the MCFD, and how it wouldn't have been appropriate to hand over funds to “irresponsible” teens who were living in residences he deemed “unapproved.”

“Sir, I suggest you didn't turn your mind for a second as to whether the money you were stealing might help the kids in your care,” Crown Prosecutor Heather Magnin posed Friday afternoon.

“I honestly don't know how many times I have to repeat myself, but the youth was not entitled to receive these types of funds living in an unapproved resource,” Saunders said.

“And you certainly weren't entitled to them,” Magnin replied.

Despite his admitted fraud over at least a six year period, that saw him steal more than $120,000 in 2017 alone that was approved for children in his care, Saunders still describes himself as a good social worker.

“I did my job very well,” Saunders said. “As far as my general case practice and creating relationships with the youth that I worked with, the relationships I created working with community professionals, my colleagues, other foster parents; yes, I did a very good job.”

Saunders has testified about how he made himself available to the youth in his care outside of his office hours, and on his weekends and holidays. He also spoke about how he would be chosen to fill in for his supervisors when they would take holidays or go on extended leaves.

Former co-workers testified Tuesday that he was often late for work, passed his duties onto others and would pass the time watching YouTube and hockey in his office.

And when Magnin suggested he had chosen not to place one youth on an Independent Living Agreement because it would hinder his ability to steal the funds for himself, Saunders bragged about his skills in defrauding the MCFD.

“No that's not true ... I also misappropriated funds to a youth who was living in custody, I wasn't prevented from doing that either,” Saunders said. “So I found ways to misappropriate funds regardless of their actual living situations.”

When Magnin pressed Saunders on his lack of accurate note taking during his time at the MCFD, Saunders objected.

“I kept accurate notes and I also fabricated or manufactured certain notes to carry out my misappropriation,” Saunders said.

“You agree that that's a complete contradiction sir?” Magnin said.

During cross examination Friday, Robert Riley Saunders continued to maintain that the high-risk youth in his care could not have been trusted with the government funds that he stole for himself.

Saunders was employed as a guardianship social worker with B.C.'s Ministry of Children and Family Development from 1996 until his fraudulent scheme was uncovered in 2018. He maintained his employment despite forging a university degree to obtain the position.

Saunders pleaded guilty last September to three of the 13 criminal charges he faces, and a Gardiner hearing has been held this week prior to his sentencing. A Gardiner hearing functions like a trial when aggravating and mitigating sentencing factors are in dispute, following an accused's guilty plea. The primary matter in dispute in Saunders' case is whether his admitted fraud agains the MCFD negatively impacted the high-risk youth in his care. The Crown has identified 24 youth they say were victims of his crimes.

Throughout the week, Saunders has claimed the money he stole from the MCFD would never have gone to the youth in his care, as they weren't eligible for a variety of reasons. He's admitted to producing a number of fraudulent “Independent Living Agreements” for young people in his care, opening joint bank accounts with them, and then withdrawing the Ministry funds for himself. But he claims he fraudulently produced these documents to provide a cover for his thefts, and the young people named in the documents were too “irresponsible,” or living in unstable environments, to have received the funds.

Saunders' defence is that while he stole the funds which were doled out in the youths' names, the funds were only issued as a result of his fraud, and therefore the young people were not deprived of funding which they were not entitled to.

During a second day of cross examination Friday morning, Crown prosecutor Heather Magnin went through several of Saunder's Independent Living Agreements, which Saunders claims are all “fraudulent.” Saunders claims the young people's signatures on some of the documents were forged by himself.

“I did a lot of shady things,” Saunders said.

Saunders frequently spoke over Magnin during cross-examination Friday and he appeared to become frustrated at times, taking off on long tangents when Magnin asked for “yes” or “no” answers to questions.

“This would go a lot quicker if you answer the questions,” Justice Steven Wilson told Saunders.

“I just think it's important for me to be able to share my side of things after five years of a number of different accusations and incorrect information that has been shared over social media and the news about what I did,” Saunders said. “I've acknowledged what I did. I did cooperate from day one with the government with what I did. I pled guilty to the fraudulent activity and misappropriation of funds.

“But at no time did I put any youth in harms way and take money that they were entitled to or intended for them.”

When pressed about his memory of specific events, on several occasions Saunders would initially claim he did, before changing his tune when asked for details.

While he said Thursday he had no memory of one of the people Victim G lived with in 2013, he claimed Friday to have specific memories of visiting this person's home after he was shown evidence of an Independent Living Agreement that approved biweekly $200 payments to the person housing Victim G. Saunders stole this money, but he claims the Independent Living Agreement should never have been approved in that situation, as the residence was "unapproved" and Victim G was “very, very irresponsible.”

Magnin suggested Friday that Saunders never took any steps to determine if this living situation could be approved, and become eligible to receive the independent living support funding. Despite having no memory of the person Thursday, Saunders said Friday that he now remembers visiting the person to “look into the home" before deeming it not appropriate.

“Yesterday, you didn't even remember who [this person] was ... and today you recall very specific details of your interactions with her at the time that [Victim G] was living there,” Magnin said.

“Ya, there's a lot of things I remember along the way,” Saunders replied.

“I continue to suggest sir, that in fact this whole interaction is a complete fabrication,” Magnin said.

“You can suggest that but I know that I had this conversation,” Saunders said.

Saunders says he forged Victim F's signature on the Independent Living Agreement, but Magnin suggested Saunders had Victim F sign the document and open a joint bank account with him, before telling the youth he was not eligible for the funding because he was living with his father in an “unapproved” residence. Magnin said Saunders then collected the monthly support payments for himself.

Saunders denied this. While Magnin characterized Victim F as “doing well” at the time – and presumably being responsible enough to handle independent living funding – Saunders said the young man had mental health and addiction issues, as he was a “chronic daily marijuana smoker,” and chose to live with his father who had recently spent time in jail.

While Magnin had hoped to complete her cross-examination of Saunders Friday, the hearing is now expected to spill into next week. A sentencing date has not yet been set for Saunders.