Saunders: 'It was fraudulent' 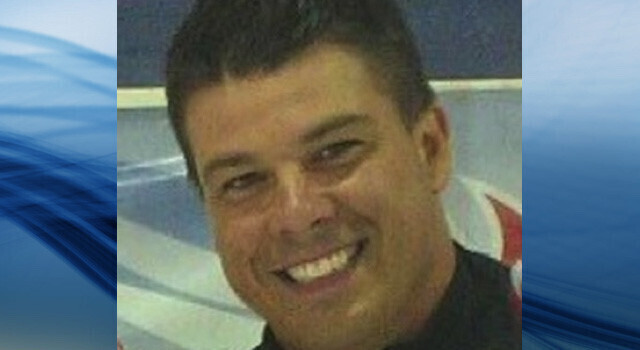 “It was fraudulent,” Robert Riley Saunders said, answering slowly. “I would have authored this agreement, I guess, for the purpose of misappropriating the rent funds.”

For the first time, Saunders took the stand in Kelowna court Wednesday morning and provided some details about the fraud he committed against the Ministry of Children and Family Development over a six year period.

Saunders worked as a social worker with B.C.‘s MCFD from 1996 until 2018, when he was fired after his fraudulent scheme was first uncovered. He was charged in December 2020.

He pleaded guilty last September to three of the 13 criminal charges he was facing, including fraud over $5,000, breach of trust in connection with his duties as a child protection guardianship worker, and using a forged document.

This week, a Gardiner hearing is being held in Kelowna court to determine several disputed key facts that will impact the length of Saunders' eventual sentence. The length of the sentence the Crown is seeking is not yet clear.

During the hearing Wednesday, Saunders, 52, took the stand in his own defence, swearing an oath on a bible, before speaking about the fraud he committed against the MCFD.

His testimony centred around one young person who was aging out of the MCFD's care around 2013. At 18 years old, the young person, referred to as Victim E, was placed in a “semi-independent living” situation that helped young people transition into adulthood from ministry care.

While Victim E was living semi-independently at this home, Saunders fraudulently produced an “independent living agreement” for the young person, and stole the funds that would have gone to the young person for rent.

Saunders' defence lawyer Brian Fitzpatrick asked Saunders about the monthly payment of $1,558 that was disclosed in the fraudulent Independent Living Agreement.

“I can't really say for certain but that was generally the total amount of money that I was carrying out the misappropriation, and that number, I believe I derived that number through some exploration of Ministry policy guides of what a youth overall could be maximum entitled to under an Independent Living or youth agreement,” Saunders said.

Earlier in the day, Crown prosecutor Heather Magnin laid out the sentencing factors that are in dispute between the Crown and defence, which includes the Crown's assertion that Saunders' fraud directly financially deprived youth in his care.

“The principle issue at the Gardiner hearing is whether the Crown has proven beyond a reasonable doubt that Mr. Saunders' fraud against the Ministry had any impact on the pecuniary interest of the individual youth that he involved in his fraudulent scheme,” Magnin said. “The Crown says where that is established, it is a relevant aggravating fact on sentence.

“The Crown's overarching position is that in all cases, a risk was posed by Mr. Saunders' actions to the pecuniary interests of each youth, but that there are more concrete examples where that risk was actualized.”

“It's a fraudulent document,” Saunders admitted, when shown the Agreement with a Young Adult document.

He also prepared another fraudulent Independent Living Agreement with another youth in his care, Victim H, which claimed to cover expenses for the young person's “support allowance,” bus pass, cell phone bill and clothing.

Saunders testified about how he provided Victim H with separate vouchers for food and clothing, rather than support through the Independent Living Agreement that Saunders was stealing funds from.

“Part of my misappropriation was to avoid any valid paper work that would suggest to any youth that they could receive funds that they weren't entitled to,” Saunders said, agreeing that this was to “cover his tracks.”

Earlier in the day, a “transitions counsellor” with the Bridge testified about a text conversation he'd had with Saunders about Victim H in November 2017.

“[Victim H] asked about Ind. living. I advised him there's really no such thing as far as providing [Victim H] with his own place,” Saunders wrote in the text.

The transitions counsellor testified he interpreted this to mean Saunders didn't want him to tell [Victim H] that he could be eligible for the program. But Saunders maintained that Victim H should not have been eligible for Independent Living Agreement funding.

While Saunders spoke about the two young people during his testimony Wednesday, the Crown has identified a total of 24 young people who were victimized by Saunders' fraud.

On Tuesday, a former co-worker testified about going to their supervisor to complain about Saunders's work ethic.

Under questioning by Fitzpatrick, she said supervisor Siobhan Stynes — who has been named in civil lawsuits alongside Saunders — was aware about her concerns with Saunders arriving late for work and watching YouTube and hockey games, as well as signing other social workers' names to the duty roster when he was supposed to be on duty.

She testified she felt Stynes treated Riley differently, expecting a very high level of responsibility from female staff, but it seemed like Saunders did what he wanted.

The Gardiner hearing will continue Thursday.

with files from Cindy White