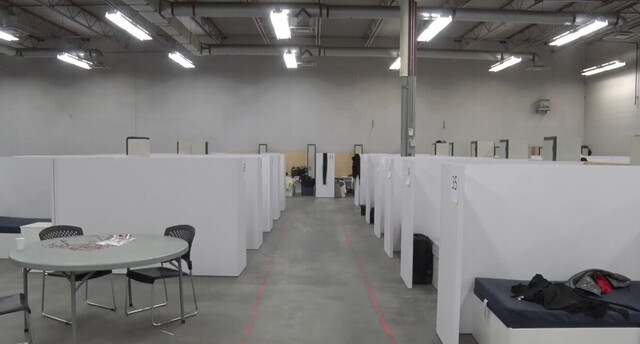 Photo: Castanet Staff
Shelter space at 550 Doyle Ave. when it opened in December 2020.

The provincial government has extended the leases at the homeless shelters on Richter Street and Doyle Avenue.

BC Housing, in partnership with Turning Points Collaborative Society and the City of Kelowna, has signed a lease extension to continue offering shelter services at the 1083 Richter Street site until March 31, 2023.

The Richter site has operated 50 beds since opening in January 2021 and the lease was set to expire next week.

“Too many people are sleeping in parks, on sidewalks and in doorways in our province. We need to do better,” said David Eby, Attorney General and Minister Responsible for Housing.

“Part of that work means having emergency shelter spaces open so that people can access basic services and find their feet, and we can help them get back into housing as it opens. I’m grateful to Kelowna for their work and partnership in helping us respond to the housing crisis faced by far too many British Columbians.”

BC Housing also made an agreement to extend the lease for the 60-bed shelter at 550 Doyle Avenue, which was set to expire at the end of March, until June 30.

The provincial government says the extra three months will give BC Housing and the city more time to find new shelter locations.

“As we slowly come out of the pandemic, we see the need for shelter services in Kelowna is greater than ever,” said Randene Wejr, executive director, Turning Points Collaborative Society.

“The poisoned opioid crisis continues to plague us, and affordable housing stock is almost non-existent. Turning Points will continue to work on long-term solutions for housing while providing services and supports for anyone at risk of homelessness in our community."

Kelowna’s Gospel Mission will continue to operate the Doyle shelter through the remainder of the lease.

The Unitarian Church Shelter was opened to provide temporary winter spaces for people and will close March 31, as planned.

BC Housing is hoping to extend the leases at multiple hotels in Kelowna that are providing supported indoor spaces for 82 people. They are looking at all opportunities to increase capacity at these leased sites to accommodate more people sleeping outdoors in the community. 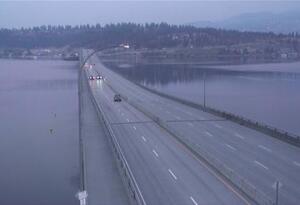