Orthopaedic surgeries in the province still backlogged by thousands

Orthopaedic surgeons are pushing back against the provincial government's recent claims that B.C. has caught up on its surgical backlog from early in the pandemic.

In Kelowna alone, there are over 1,200 patients on the orthopaedic surgical waitlist with more than half of them having now waited over a year.

A surgeon in Prince George had a wait-list that averaged about 80 to 90 people for about five years before the pandemic. Now he has 271 people waiting for their turn in the operating room.

"It all stems from staff shortages. When the hospital gets shut down, the operating rooms take a large hit, our nurses have had to be redeployed from another part of the hospital,” said Dr. Cassandra Lane Dielwart, Kelowna General Hospital orthopaedic surgeon.

Dielwart noted the hospital lost a number of nurses during the pandemic, many of which “left the profession.”

“Unfortunately orthopaedic surgery is labelled as elective, which unfortunately has become synonymous with unimportant and we are the low-lying fruit when it comes to cancellation,” said Dielwart.

“We understand, it’s not life saving, it’s not immediately going to cure cancer or make a heart beat again, but it is life transforming.”

He also noted that from Feb. 20 to 26, a total of 99 non-urgent scheduled surgeries were postponed, 92 of which in were in the Interior Health region.

Dielwart says patients on the orthopaedic surgery wait list are suffering in pain, causing their quality of life to diminish.

“They’re taking Tylenol once or twice a day and if we got to their surgery in three or four months perhaps that’s all they would have. But then they wait longer and then they need something more for pain and then all of a sudden they’re using a walker, perhaps they’ve now gone to a wheelchair,” she said.

“Now they can’t go to work, so they lost their job, they now become depressed, they become reliant upon narcotic pain medication and so we’ve taken somebody who is a contributing member of society to somebody who can’t even function on their daily task chores… this is this patient's entire life.”

A Vancouver resident, Michael Parsons, 57, was on the waitlist for a total hip replacement for over 17 months, at Lions Gate Hospital.

“They tell you to keep active, but I can only do so much…For me the real problem is I get a lot of pain at night and I can’t sleep and you get hooked on pain pills. I’d wake up in agony in pain and you couldn't fall back asleep.”

Parsons took over the counter medication for pain and was given a light prescription for sleep medication, which he said he became “hooked on” to help him sleep.

Parsons was just recently given a date for his surgery, however, he said if he didn’t get a date soon he was seriously considering booking the surgery in the U.S. and paying privately for the procedure.

Dielwart requested a meeting in a letter to the Minister of Health, Adrian Dix, on behalf of the B.C. Orthopaedic Association, to discuss the state of orthopaedic surgery in the province.

“My goal right now is to raise awareness for patients across British Columbia waiting for orthopaedic surgery and to come up with a plan and to reach out to the Health Minister and ask him to sit down with us as an organization,” said Dielwart.

In addition, she would like to see the Health Minister sit down with all medical departments to work on a recovery plan to get back on track.

The letter was sent to the Minister on March 16 and released to the media on March 22.

Surgeons are also pushing the province to use private surgical clinics to help clear the backlog. 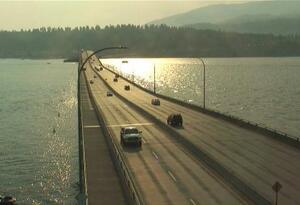