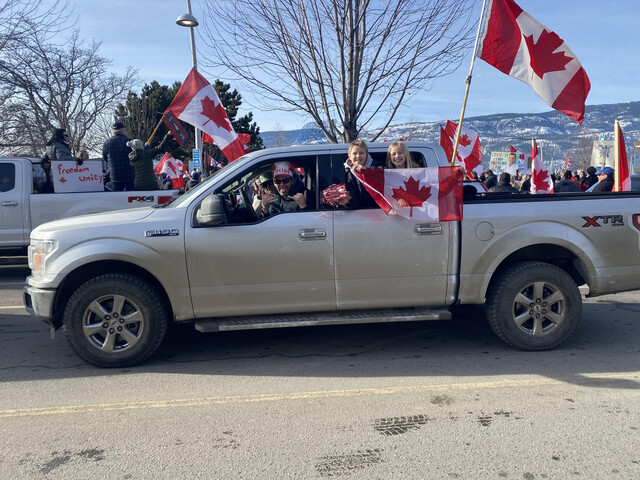 For the third week in a row, Okanagan convoys are planned for Saturday in support of the protests taking place in Ontario and beyond against pandemic restrictions.

A group of vehicles will be departing Vernon at 9:30 a.m. and making their way to the Osoyoos border crossing. The event last week was larger than the first and involved hundreds of vehicles by the time it reached the South Okanagan. Small groups of protesters greeted the convoy as it passed through each community.

“Let’s continue to have our voices heard! We will not stop until they stop,” said a poster being circulated by organizers.

The convoy this week is not providing an itinerary or stopping in any communities along the way because of the size of the convoy, said organizers.

A second convoy will also be taking place in the Central Okanagan, originating from the protest that has been taking place weekly in Stuart Park for 18 months now.

That convoy will be leaving downtown at midday before traveling up and down Highway 97 between UBCO and West Kelowna’s Glenrosa Road overpass.

The primary organizer of that convoy, David Lindsay, is demanding that provincial health officer Dr. Bonnie Henry, other health officials, politicians and members of the media are jailed after all health restrictions are lifted.

The convoy between Vernon and Osoyoos is not directly affiliated with the Stuart Park protests and has a comparatively more positive tone overall.

In a statement, the Kelowna RCMP says there have been no police incidents involving the protest convoys the past two weeks. The detachment also thanked the Stuart Park protesters for staying peaceful over the past 18 months.

“Over the past few weeks, we have seen an increase in the number of protestors and the volume of traffic related to the Freedom Rally demonstrations occurring at Stuart Park in Kelowna,” Cpl. Tammy Lobb said.

“In an effort to mitigate traffic congestion and maintain public safety on Water Street, there will be traffic controls in place this weekend at the roundabouts to keep the traffic moving in this area.” 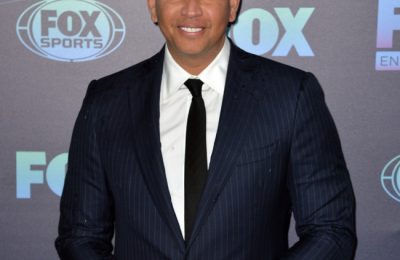 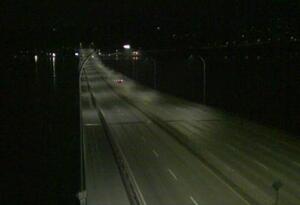