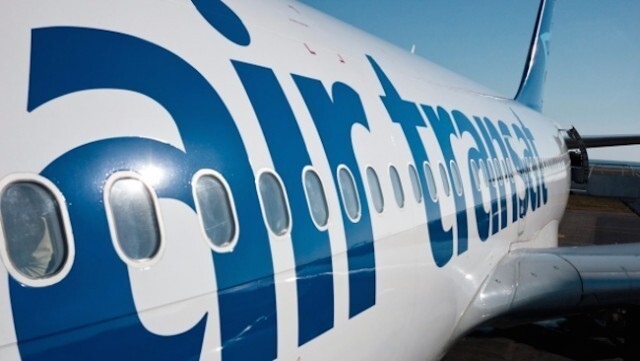 The B.C. Supreme Court has rejected a proposed class action lawsuit by a former Kelowna bride who sued Air Transat over allegations the airline ruined her wedding by misrepresenting flights as non-stop.

Jessica Spencer, now a resident of Victoria, B.C., purchased return flights from Kelowna to Cancun for January 2017 from Air Transat via DestinationWeddings.com.

Both flights were advertised as direct flights, but both required refueling stops — one in Calgary and the other in Regina — that caused delays of more than two hours for each flight.

In her lawsuit, Spencer said the delayed flight heading to Mexico caused the wedding party to miss a concert and other wedding activities. The lawsuit alleged Air Transat “perpetuated a scheme of selling commercial flights between Canada and Mexico with itineraries represented to be direct flights” when those flights often required “undisclosed but premeditated” fuel stops.

After four days of hearings last year, on Monday BC Supreme Court Justice Janet Winteringham refused to certify the proposed class action lawsuit because it did not properly consider international aviation law.

The Montreal Convention was adopted in 1999 as an update to the Warsaw Convention of 1929, making international aviation law uniform across most of the world. It came into force in Canada in 2003.

The convention states air carriers are liable for damage caused by delays, unless it can prove the airline and its staff took “all measures that could reasonably be required” to avoid the delay.

Justice Winteringham ruled that Spencer’s lawsuit was “creatively” drafted in an effort to avoid the reach of the Montreal Convention and relied on domestic common law.

“The plaintiff’s claim for breach of contract is not pleaded properly,” Winteringham ruled. “She relies on domestic common law to make her argument while, in fact, the Montreal Convention applies.”

“While the pleadings are defective, I find that they are curable and the plaintiff has an opportunity to produce a viable claim by considering the application of the Montreal Convention.”

During the course of litigation, which was first launched in 2017, it was revealed that Air Transat hired Flair Airlines to provide flight services between Kelowna and Cancun.

The deal between the two companies for weekly flights between December 18, 2016 and April 30, 2017 utilized a Boeing 737-400 with extended range capabilities. But non-stop flights would only be possible in decent weather when the plane meets certain weight conditions and passenger loads.

Flair informed Air Transat that a fuel stop would be needed for all return flights from Cancun to Kelowna and tabled evidence that they had nothing to do with the selling or marketing of the flights.

In a deposition, David Atkins, the former Director of Commercial Operations for Flair, said Spencer’s flight from Kelowna to Cancun required a refueling stop “due to a combination of the runway conditions at the Kelowna airport and the prevailing tailwind conditions.”

The agreement between Air Transat and Flair resulted in 16 flights from Kelowna to Cancun in total. Of those flights, just two required stopovers due to wind and other conditions.

Of the flights from Cancun to Kelowna, just four of the 16 flights were completed without a fuel stop.

Air Transat, meanwhile, provided evidence that showed it actually costs them $16,000 more to run a flight with a refuelling stop, when compared to a direct flight between Kelowna and Cancun.

During the hearings, the courts acknowledged a series of 2017 reports from the CBC alleging Air Transat was running a "scheme" misrepresenting their flights as non-stop when they required stops. The reports, technically considered hearsay, were not deemed evidence.